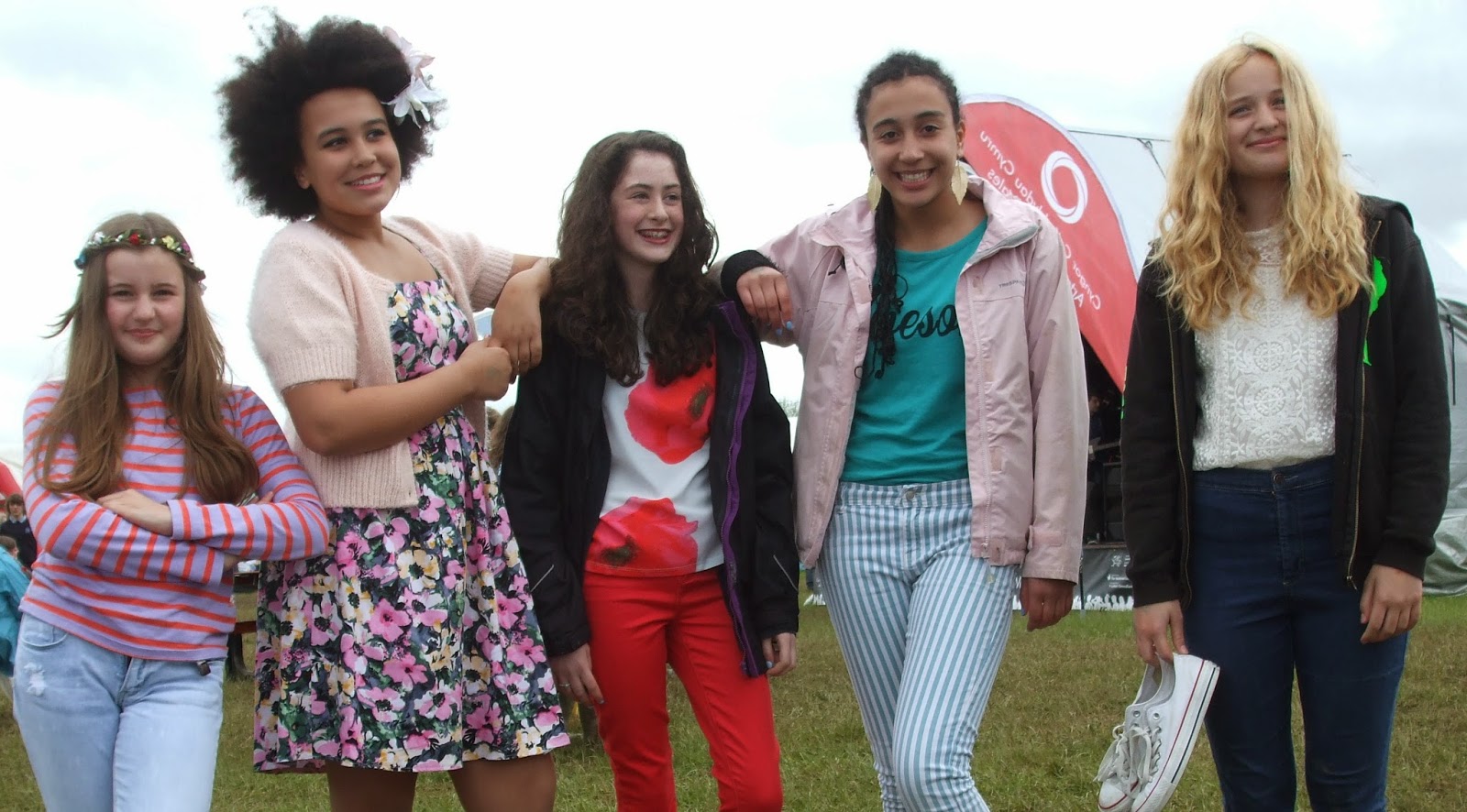 * Members of the all-girl band Paradwys.

Paradwys (Paradise), a  five-piece Welsh language all-girl Band based in Llangollen, took a second place at the Urdd Eisteddfod in Bala last week.

The girls were on the rock stage performing one of the many songs penned by themselves and entitled Deud Dim.

The band was formed more than two years ago when the girls were pupils of Ysgol Gwernant in Llangollen.

They are now pupils of Ysgol Morgan Llwyd in Wrexham and still love writing and singing their Welsh lyrics to the music they compose themselves.

The band will be performing a set during Picnic in the Garden at Plas Newydd on Saturday, June 28.

This concert is being organised by Llangollen Silver Band in aid of Llangollen Christmas Lights.

There will be more details for you on Llanblogger about that  event during the coming weeks but in the meantime more details are available via  Llangollensilverband.org.uk, or by calling 07981966465.

"They have shown they are amongst the most talented children and young people in the whole of wales.  They are true ambassadors for Denbighshire.

"Hundreds of pupils have been involved in local and county heats and they are to be congratulated for their success. not forgetting the teachers and parents that have given their time and commitment over recent months.

"The successes this week clearly show that Welsh culture is alive and kicking in Denbighshire."
Posted by llanblogger at 7:04 AM