Skates pledges to keep up the HSBC fight 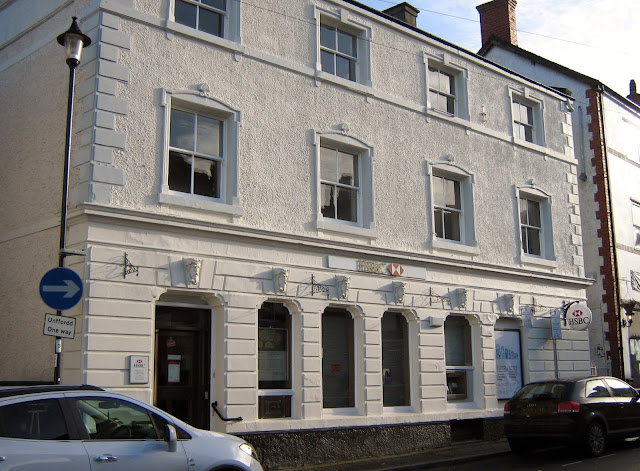 * The HSBC Bank in Bridge Street which is earmarked for closure.
CLWYD South Assembly Member Ken Skates has vowed to continue fighting for ‘the best deal possible’ for bank users in Llangollen after HSBC announced it will close the town’s branch in February.
Labour AM Mr Skates and North Wales AM Mark Isherwood met the company’s regional director in Cardiff on Thursday (December 5) to highlight constituents’ concerns over the axing of the branch, which HSBC says has one of the lowest usage rates of its 1,100 in the UK.
Mr Skates, who is based in Llangollen, said: “It was a useful meeting and I was glad to have the opportunity to stress to the bank just how many people will be affected by its decision. HSBC is refusing to budge on its plans to close the branch, but I will continue to fight for the best deal possible for my constituents.
“I have asked the company to consider keeping a cashpoint for its loyal customers here, and they have said they will provide me with contact details for the owner of the building so we can look at whether it could be retained for community use.”
The bank says its records show that the majority of customers in Llangollen use other branches and are internet registered, and the company also stressed that personal banking customers can access HSBC services via any post office.
Mr Skates added: “For many customers, especially some older ones, the loss of the branch is difficult to bear and they will not easily switch to internet banking.
“HSBC has promised to offer full support to customers and has asked me to urge people to contact them to ask about alternative ways to access banking services. The company has also promised to provide a range of collection and drop-off services for business customers."
Posted by llanblogger at 8:14 AM