Corwen station plan gets further down the line 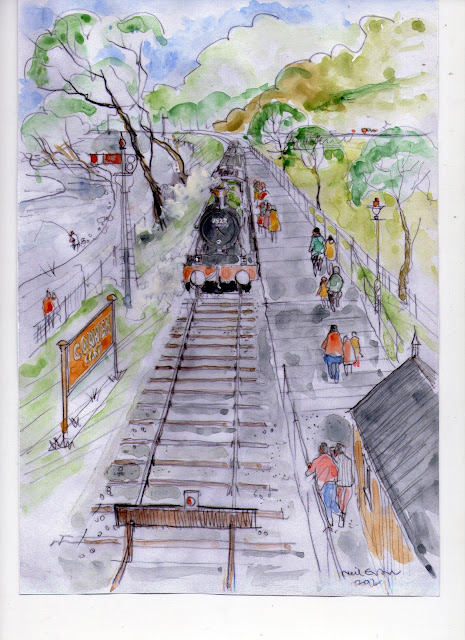 * An artist's impression of how the new station
will eventually look. 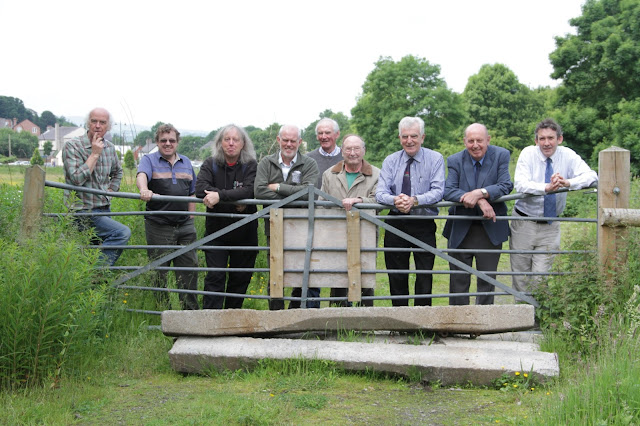 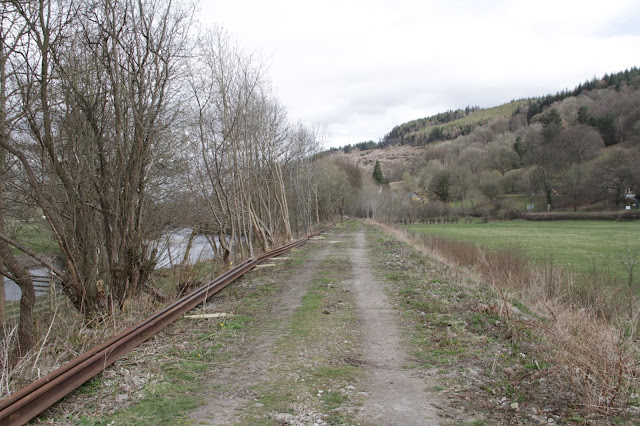 * The site of the station.
Llangollen Railway Trust (LRT) has been awarded a £59,074.00 Cyfenter grant for the provision of the phase 1 station at Corwen.


Announcing the outcome of the successful application for funds to Corwen community and business leaders, LRT chairman Jim Ritchie said the award will allow the railway to go out to tender for work for the installation of concrete foundations for the platform at the phase 1 station site, to be known by a bi-lingual name as Dwyrain Corwen East.


The platform timber sections will be constructed in the railway’s own workshops and will be delivered to the station site for erection once track is in place later this year.


Looking at the prospects for further track extensions, Mr Ritchie said that the rail head would shortly be extended to the location at Bonwm Bends.
There after, once base ballasting is complete, the track will extend towards over-bridge 28 near Plas Derwen.
Repairs to the brick arch of the over bridge will be undertaken by contractors.
It was envisaged that track laying will continue beyond the bridge into the station site during the autumn of 2013.


However, Mr Ritchie also noted that there were potential impediments to this schedule.
In particular, the need to rebuild under bridge 29 to allow pedestrian access to the site of a nature reserve on the north side of the Dwyrain Corwen East site and, also, for under-bridge 30 to be incorporated into Denbighshire County Council’s Corwen Flood Relief scheme, at the western end of the station site.
Completion of both of these schemes was a priority need if work on the station was to proceed to schedule.


Llangollen Railway Trust still needs to raise funds to complete the Phase 1 project.
Thanks to the grant aid, some recent generous donations and other fund raising activities, the current need is to raise an estimated £78,000, much of which would be needed to ballast the extended track before trains can operate.
Subject to these needs being met, Mr Ritchie announced that the first train for invited guests and supporters would arrive at Dwyrain Corwen East on March 1, 2014, which is appropriately St David’s Day.


Mr Ritchie said: “The Railway is delighted to be awarded the European Regional Development Fund Cyfenter grant aid that will allow the construction of Dwyrain Corwen East station in the next few months.


This phase 1 station is just a few minutes’ walk from the town centre and we look forward to bringing visitors to the town next year. We will also be offering subsidised transport for local residents between Corwen and Llangollen for those who wish to take advantage of the extended railway.


"Whilst recent donations and this grant reduce the total amount of money needed to complete the extension, we continue to appeal for more financial support to reach Corwen by the St David Day’s target next year.”


Denbighshire County Councillor Huw L Jones said: “I am pleased and grateful that the grant aid application by Llangollen Railway Trust has been successful.
"The availability of this financial assistance will help secure the completion of Phase 1 of the railway project. The return of trains to the town is eagerly anticipated by the residents and businesses.
"The expected spin-off in visitors numbers attracted to Corwen by the railway will boost recognition of the town as an important centre for tourism and we must be ready to cater for them.”


For the Corwen Business Association, Norman Jones said: “The news of the grant aid from Cyfenter for the building of the Dwyrain Corwen East station is very welcome in assisting towards completion of the railway line.


"Corwen was a railway town of some importance to North Wales prior to the Dr Beeching cuts to the railway network in 1965, but since then it has been in slow decline.


“The return of trains, especially from an established heritage railway, will be an important step forward in the future regeneration of Corwen.
"Already we have businesses set up in town, or expected to move in, on the strength of the Llangollen Railway’s extension to Corwen and we can confidently expect economic growth and job opportunities to flow from the railway’s arrival.


"This benefit has happened elsewhere when heritage railways have extended their lines and similar advantages will accrue here from increased tourist numbers. We must be prepared to grasp the new business opportunities which will arise when Corwen is recognised as the new terminus for the extended heritage line in the heart of the Dee Valley now set within a designated area of outstanding natural beauty.”

Plans of the Dwyrain Corwen East station and photographs will be displayed in the promotional caravan to be sited in the Corwen town car park during the Llangollen Railway’s forthcoming classic transport weekend on July 5/6.

It is planned that vintage buses will operate between Glyndyfrdwy and Corwen bus interchange to bring visitors to see work on the line’s extension.
Posted by llanblogger at 8:28 AM