Lloyd Langford is set to kick off the first night of Llangollen Fringe Festival’s 21st birthday, joined by a host of very special guests on Thursday July 19 at Llangollen Town Hall.

Llangollen Comedy Club has been gaining momentum all year, and aims to go out with a bang for the season finale. 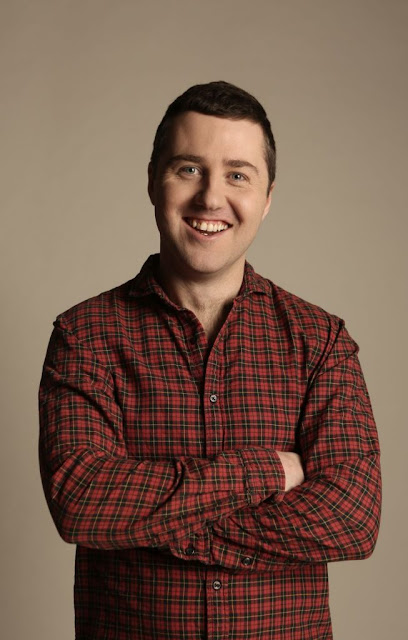 He has appeared on QI (BBC1) Never Mind The Buzzcocks (BBC2).

On radio he has been featured on the Rhod Gilbert Show (BBC Radio Wales) and The Unbelievable Truth (BBC Radio 4).

He has also written for numerous TV comedies including Russell Howard’s Good News, Jon Richardson: Ultimate Worrier, and Man Down.

He's been invited to comedy festivals all over the world, including Melbourne International Comedy Festival, Montreal's Just For Laughs Festival and the Christchurch Busker's Festival.

His stand-up is a winning combination of jokes, personal anecdotes, petty grievances and offbeat observations.

There will also be a return of BAND FOR A DAY, the music themed STEAM TRAIN and AQUEDUCT BOAT trips, and many other fringe events.

The event rounds off with its now legendary closing concert in the stunning surrounds of VALLE CRUCIS ABBEY.

The Fringe Finale will this year feature the ethereal sound of GOLDEN FABLE and THE NEW SINFONIA ORCHESTRA.

* A limited number of tickets for Lloyd Langford at the Comedy Club Finale are on sale now at www.llangollenfringe.co.uk

Tickets for all other performances are also available from www.llangollenfringe.co.uk or by calling the Fringe box office:  0800 1455 779