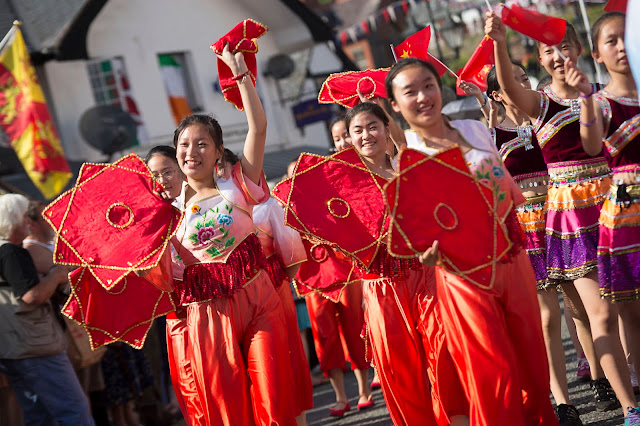 The evening concert line-up features performances from Alfie Boe and Van Morrison, colourful and inclusive daytime activities and a star-studded Llanfest, the International Eisteddfod’s very own mini-festival, headlined this year by Kaiser Chiefs.

This year's Eisteddfod will also pay tribute to nine 100th anniversaries focusing on the areas of music, world events and the community throughout the week.

Themed activities each day will examine the perspectives of women, soldiers and the collective nation.

Throughout the week on the field there will be live performances from emerging bands, musicians and street performers from across the globe, as well as activities to entertain children in the Kids Zone plus food, drink and local craft stalls.

There will also be an exciting range of outreach events including concerts at St Collen’s Church (1pm Tuesday – Friday), preliminary competitions in Llangollen Town Hall, performances in the new Centenary Square (Tuesday – Saturday) ahead of its rededication on Sunday 8th July and a vibrant display by dance competitors in Riverside Park, Llangollen (Saturday 7th July, 2pm).


Children’s Day will open the Llangollen International Musical Eisteddfod, this year welcoming almost 3,700 visitors from 55 schools across the country.


The opening day, which is exclusively for schools, will feature the fantastic musical CACAN (CAKE) by Theatr Clwyd and their young company (aged 4 – 16), performances from myriad international competitors and the delivery of the Peace Message from Ysgol Dinas Brân.


Inspired and created by young people from the region in partnership with Theatr Clwyd, CACAN (CAKE) is a bilingual mini musical which explores what peace means to them and asks the question, is achieving peace a piece of cake?


This year’s Peace Message, written by Christine Dukes for the third consecutive year, marks the centenary of the end of World War One and tells the tale of sightings of the ‘Angels of Mons’ who were reputed to have appeared to both allied and German forces in their time of need. Concluding with a peace song called Peace at Last written by Christine and composed by Elen Mair Roberts, Chair of the Music and Staging Committee of the Eisteddfod, the performance remains a poignant reminder of the message at the heart of the festival.


Throughout Children’s Day sponsor, NSPCC Cymru Wales, will take to the World Stage to talk PANTS to young visitors, with their friendly dinosaur, Pantosaurus (10am – 3pm). As well as entertaining and informative talks, there will be activities for children to learn Pantosaurus’ five easy rules for staying safe.


Opening day of Llangollen 2018 will also see the first official use of Centenary Square ahead of its rededication on Sunday 8th July. Performances are planned from Tuesday – Saturday. 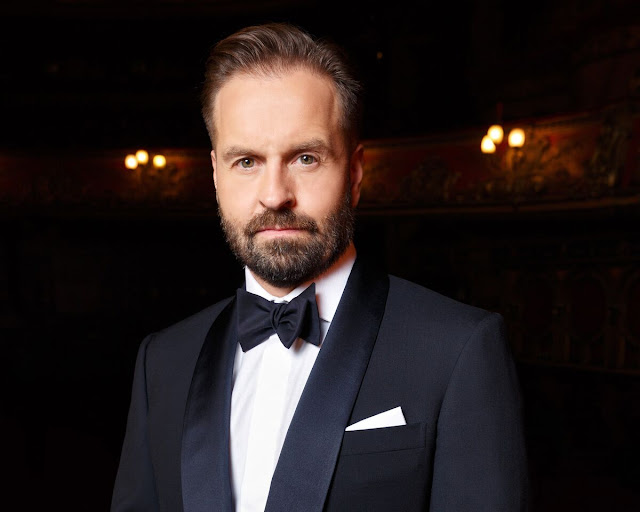 The Eisteddfod will celebrate the tenth year of its award-winning Inclusion Project. Facilitated by a grant from the ScottishPower Foundation, the performance is once again set to capture the hearts of festival audiences (Atkinson & Kirby Globe Stage, 10am; Pavilion, 2:30pm).

Reflecting the diversity of society and the International Eisteddfod’s ethos of promoting understanding and acceptance though music and dance, five groups will present their own short performance before coming together to perform the finale piece, a specially commissioned based on the groups’ thoughts on the theme SEND a Message.


Highlights from the competitions will be the International Voice of Musical Theatre competition, where aspiring musical theatre performers will sing for the opportunity to take the prestigious title and win an all-expenses paid trip to perform at the Gold Coast Eisteddfod in Australia. 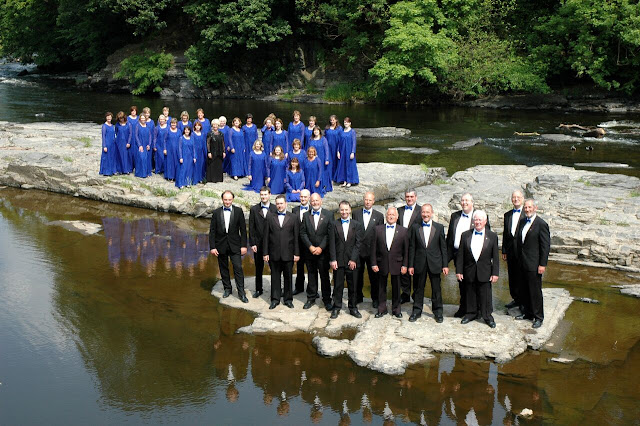 
Finalists of the Pendine International Voice of the Future Competition, which aims to advance the career of young singers, will entice the audience with breathtaking performances as they compete for the prestigious title and a share of the £10,000 prize fund, which has  been donated by Pendine Park and the Bryn Terfel Foundation for the second year in a row.


While the judges deliberate on the finalists’ performances, the Llangollen International Musical Eisteddfod’s Music Director, Vicky Yannoula, will take to the piano alongside acclaimed pianist Peter Jablonski. The pair with treat audiences to a moving collaboration, featuring well-known and much-loved pieces. The two-pianos extravaganza will begin with a performance of some of the most iconic pieces from Tchaikovsky’s The Nutcracker Suite arranged by Nicolas Economou, followed by Yannoula and Jablonski’s performance of Fêtes from Nocturnes by Debussy (arranged by Ravel) and Lutoslawski’s utterly thrilling Paganini Variations.


The evening will be rounded off by an uplifting performance from the Cantorion Sirenian Singers, a 50-strong mixed voice choir based in North Wales. The first ever Welsh choir to win the Choir of the World trophy at the International Eisteddfod in 1998, their repertoire will include favourites such as Y Tangnefeddwyr, Elijah Rock and Hobed O Hilion. 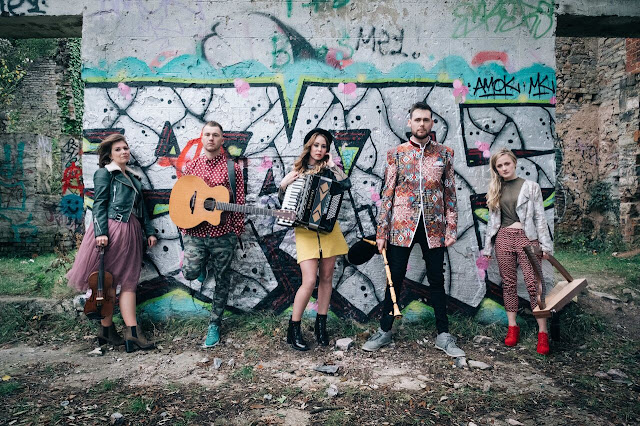 
Day President: Olwen Williams OBE (in recognition of the 70 anniversary of the NHS)
Day Events


Competitions will gather pace on the field, with the Strings Guzheng Ensemble from Guangdong, China, take to the stage for the Instrumental Ensemble. Following its inauguration into the competitions programme in 2017, the International Acapella Group category returns bigger a better, with groups from India, Canada, Wales, England and the USA engaging in an exhilarating vocal contest for one of the festival’s newest accolades. New for 2018 in the competitions is the Vocal Solo 16 – 19 category, furthering the festival’s commitment to providing a platform for talented young musicians.


At 3:30pm in the Pavilion there will also be a special presentation of a donation by The Friends of the Eisteddfod to representatives of the International Eisteddfod. This year’s donation is a milestone as it the highest ever presented in one year and takes total donations since the Friends were founded in 1973 to more than half a million pounds.


International competitors and special guests from across the globe will unite on Thursday 5th July, promising an immersive sea of vibrant colours and eclectic sounds, as they weave through the audience with their giant flags in the captivating Procession of the Nations.


The evening will explore the International Eisteddfod’s unique founding values of sharing music, dance, peace and friendship, with children from Ysgol Dinas Brân presenting a message of goodwill to the world in the delivery of the 2018 Peace Message, ahead of festival President, Terry Waite CBE’s heartfelt welcome message.


In the second part of the show, the winner of this year’s Rotary International Peace Award, sponsored by Typhoo Tea, will be revealed and celebrated for its contribution to the furtherance of peace and understanding.


The show will be brought to a conclusion by award winning band, Calan, who will set feet tapping with their contemporary and quirky interpretation of Welsh folk music. The five-piece band come with accordion, harp, guitar, fiddles and Welsh bagpipes, to entrance the audience with their beautiful and haunting melodies.


The International Parade (4:30pm) processes from the Pavilion down through the town of Llangollen and then back to the Eisteddfod site. Spectators are invited to follow the celebration and join Bands on the Field until 7:45pm for £1. Bands performing on the three outdoor stages from 5:30pm include, The Herbert Spliffington Allstars, Billy Bibby & the Wry Smiles, The Cazadors, Ceidwad Y Gân and Ragsy.


Evening Concert: An Evening with Van Morrison (pictured below). 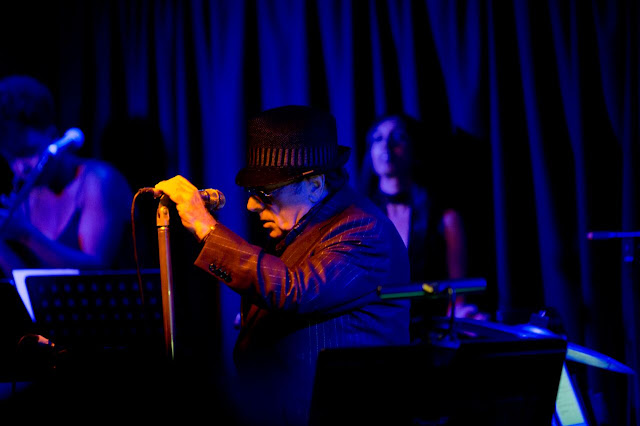 
There will be a special joint performance by non-competitive choirs KorRey from Iceland and Manchester Community Choir (12:15pm, The British Ironworks Amphitheatre). Originally a traditional church choir, Kor Reyðarfjörður (KorRey for short) has expanded into a community choir of 21 singers, aged from 24 to 70. The choir has built a relationship with the Manchester Community Choir, who encouraged them to apply to perform at the International Eisteddfod this year.
The competitions will also build up to their exciting climax, with the hotly contested Mixed, Open and Male Voice Choir competitions and the enthralling Cultural Showcase contest taking place in the Pavilion during the day.


NSPCC Cymru Wales will also be back at the festival with Pantosaurus the friendly dinosaur, this time in the Harmony Centre, to teach children how to stay safe from abuse and share materials for parents and guardians to help get this simple safety conversation started at home.
At 2pm the Dancing in the Street competition will take place in the riverside park in town, with adjudication on the Ampitheatre stage at 4pm – in this competition the watching public are able to indicate their favourite group and this ‘vote’ will be noted by the Eisteddfod adjudicator.


Evening Concert: Choir of the World with special guests Red Priest (pictured below). 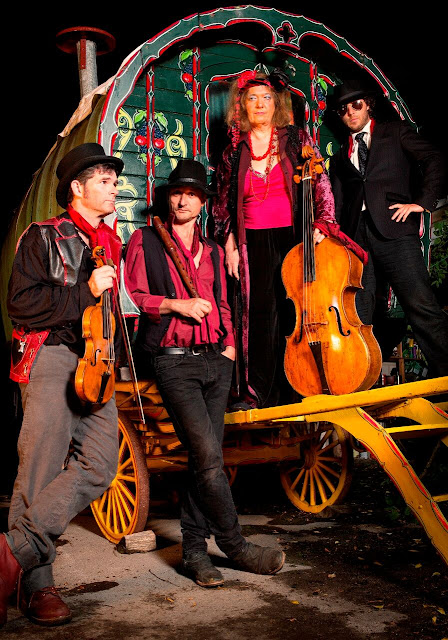 Winners of the international choral competition competing for the titles of Choir of the World 2018 and the Pavarotti Trophy. Those taking part in the dance categories will participate in the Dance Champions of the World 2018 finals.


Baroque instrumental group, Red Priest, will also contribute to the excitement of the evening as the International Eisteddfod’s special guests. 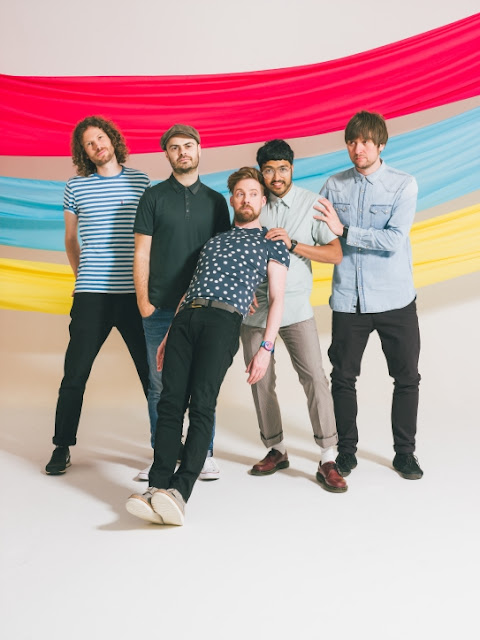 
Llanfest 2018
Kaiser Chiefs will be headlining on the main stage at Llanfest, supported by renowned pop rock band The Hoosiers and nineties icons Toploader, following an exciting day of rock, pop and indie performances from emerging bands and brand new talent on the outside stages.


The Cavern Club Liverpool will host its first ever pop-up stage, with myriad of performances by their world-class resident musicians covering the countless artists that have graced The Cavern Club stage over the years. Other performers include rising star from Llangollen, Jack Found, alt-rock ensemble Billy Bibby and The Wry Smiles, Staffordshire indie/rock band Camens, 70s/80s classic rock cover band, Destination. They will be joined by West Kirby based neo folk rock singer Lucy Mayhew, who currently recording her debut EP, folk/rock singer Ben Roberts and Wrexham-based singer/songwriter, Luke Gallagher, who returns to play at this year’s Llanfest with his nostalgic blend of Mod/60s/90s tunes.

* Tickets can be booked online at www.llangollen.net or via the box office.
Posted by llanblogger at 6:41 AM