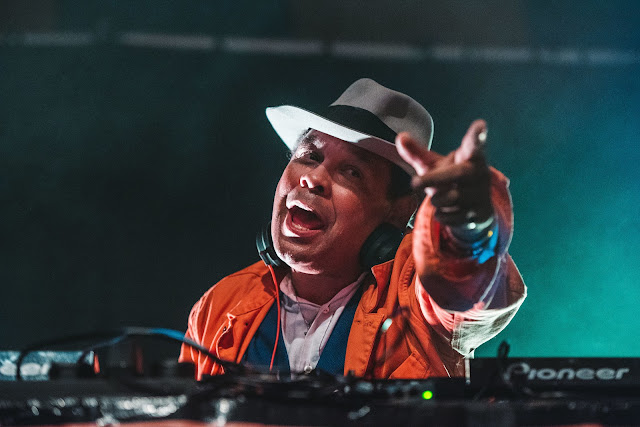 One of UK’s most beloved Funk and Soul DJ’s, the legendary actor, host and broadcaster Craig Charles, brings his Funk and Soul club night to Llangollen Town Hall on Friday 27th July.

From Robot Wars to Red Dwarf, Craig has now grounded himself as a Funk and Soul icon after 10 years of broadcasting on BBC 6 Music with their primetime Saturday night show.

He and his trunk of funk DJs every weekend throughout the UK delivering a night of soul-hitting funk, ‘can you dig it’ attitude and dance-floor jivin’.

Craig Charles has captivated crowds throughout the UK – he has played at numerous festivals such as Love Box, Park Life, Festival no 6, Wychwood Festival, Common People, Mostly Jazz funk and soul festival to name but a few.

He is joined on a stellar bill (the festivals biggest to date) by ELIZA CARTHY & THE WAYWARD BAND, LEE SCRATCH PERRY and MARK RADCLIFFE (appearing on separate nights), LINTON KWESI JOHNSON. Plus stand up comedy and the return of BAND FOR A DAY, the music themed STEAM TRAIN and AQUEDUCT BOAT trips, and many other fringe events.

The Fringe Finale at the spectacular Valle Crucis Abbey will this year feature the ethereal sound of GOLDEN FABLE and THE NEW SINFONIA ORCHESTRA.

* Tickets for Craig Charles are £15 each and are on sale now.

Tickets for the whole Festival are also available; priced at just £80 the festival ticket allows access to all of the main events across the ten days so is great value for money. All ticket types are available from www.llangollenfringe.co.uk or by calling the Fringe box office:  0800 1455 779.
Posted by llanblogger at 6:48 AM