Operatic members in the honours 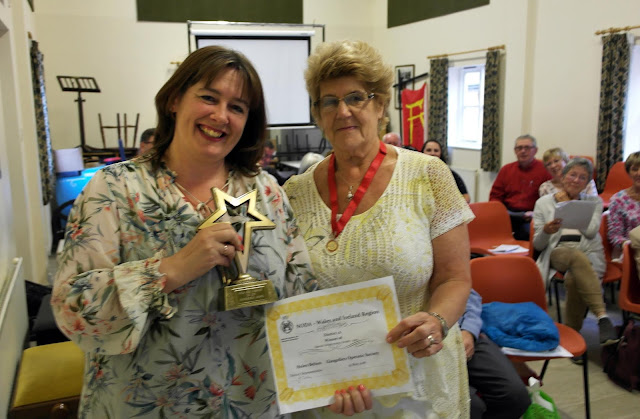 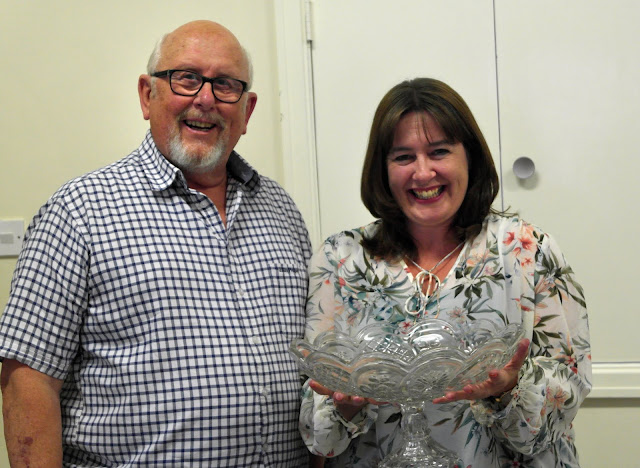 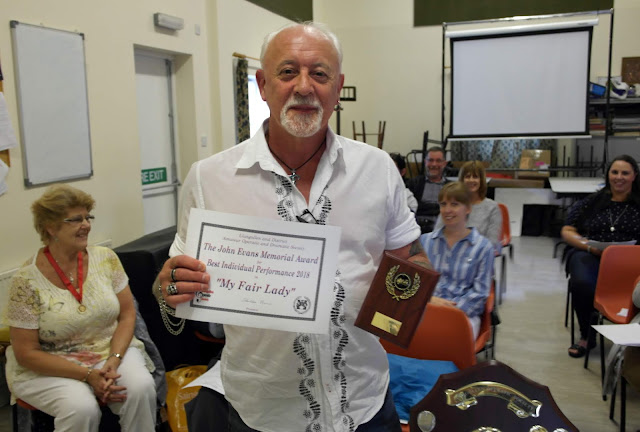 Members of Llangollen Operatic Society were in the honours at their annual meeting on Tuesday evening.

It was handed over by NODA regional representative Jackie Titley who had come especially to make the presentation.


Helen also won the Diana Gay Rose Bowl, voted on by the membership for having contributed the most to the society. It was presented by Paul Gay in whose late wife’s memory it was instituted.
Bill Hughes picked up the John Evans Memorial Award for Best Performance for his role as Alfred Doolittle in the society’s recent production of  My Fair Lady.
Posted by llanblogger at 7:06 AM