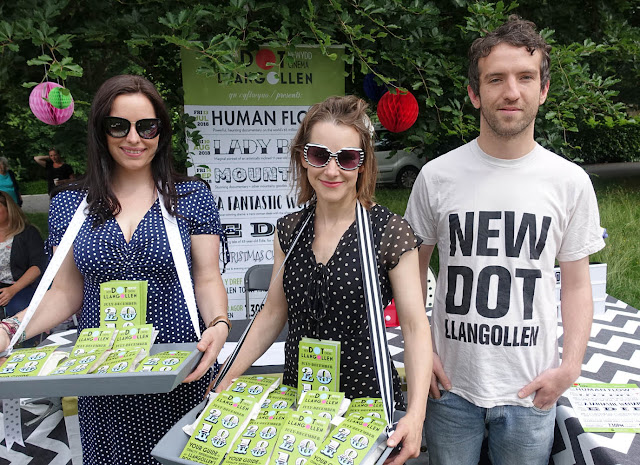 New Dot Cinema volunteers were giving out popcorn and programmes at the Llangollen Summer Fete over the weekend.

The weather was near-perfect at the event which is held annually in the grounds of Plas Newydd.

"To celebrate our new programme, we're giving away two free tickets to any film this year," explained chair of New Dot, Jen Rush.

The first film on offer is a 'powerful and haunting' documentary by Chinese conceptual artist, Ai Weiwei, called Human Flow.

It focuses on the world's 65 million displaced people and is showing in Llangollen Town Hall
on Friday 13th July.

The rest of the season's titles are Lady Bird, Mountain, A Fantastic Woman, Edie and a soon-to-be-revealed Christmas classic which will be shown as a matinee for the first time, as well as
an evening screening.

New Dot nights tend to be on the second Friday of the month, apart from October and November which are on the third Friday due to other events at the Town Hall.

Tickets will be available at a discount if booked online. They are also sold at the Llangollen Oggie Shop (formerly Baileys Fine Foods) and on the door.