He remains a director of Llangollen Railway Trust. 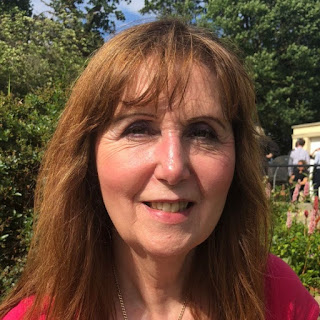 Liz has been at the railway as an active volunteer for seven years and has been on the board as commercial director.

She was appointed the railway’s general manager in September 2017 and April 2018 took on the revised role of business manager.

Liz said: “I anticipate the challenge of leading the Llangollen Railway onward as we prepare to open our new terminus at Corwen. I am proud and excited to be part of Llangollen Railway. The volunteers and staff are a great bunch of people and they have achieved some fabulous things so far.

“I want to work with everyone to continue to drive the railway forward to enhance the facilities and earn more revenue. This is vital for the prosperity of Llangollen Railway as a major tourist attraction in the Dee Valley. The railway is a significant part of the local economy and I will work with local businesses, Denbighshire Tourism and the Countryside Services to further enhance our visitor experience.

"The opening of Corwen Station will be a major achievement and will give visitors to North Wales greater access to Llangollen and the Dee Valley AONB via the trains.

“I would like to thank Peter Lund for all the work he did as chairman over the past three years and I am sure I will be making use of his knowledge over the coming months.”

Mr Lund said: “I have known Liz since she started as a volunteer at the railway. She has a definite passion for Llangollen Railway.

"I am looking forward to working with Liz in her new role. Her past work experience in the commercial world will be of value in achieving the aims she has set herself. ”
Posted by llanblogger at 6:42 AM