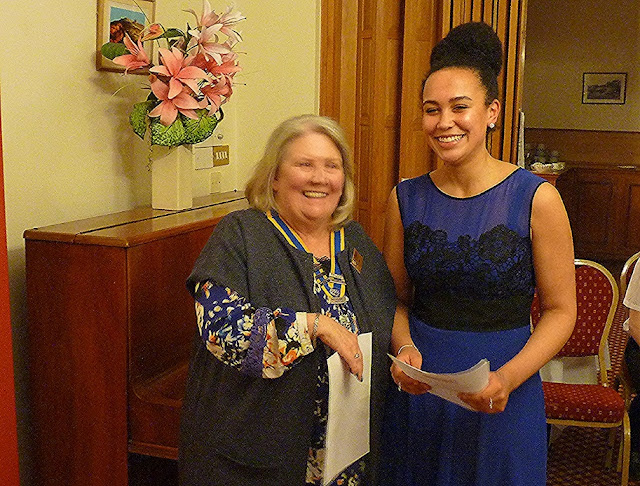 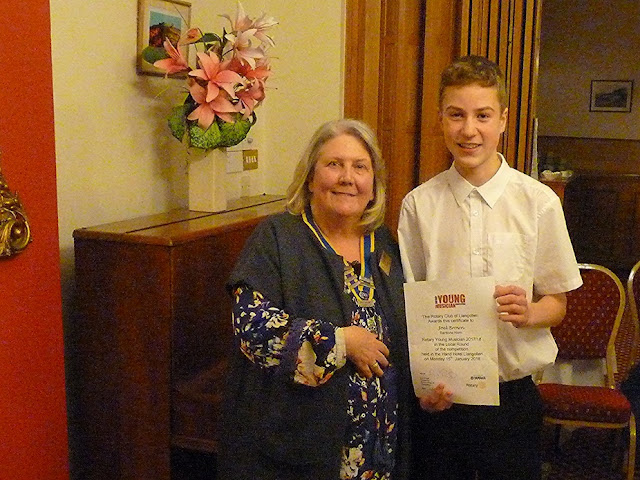 * Joel Brown is presented with his certificate.

Each year the Rotary Club of Llangollen asks local young people if they would like to take part in a music competition.

This year there were two entries, Elizabeth Mwale and Joel Brown, who both play in the Llangollen Silver Band.

Elizabeth, 15, has played the euphonium for the past eight years and she chose some challenging pieces to play.

Adjudicator Eulanwy Davies congratulated Elizabeth on the way she played both My Grandfather’s Clock and Song for Ina.

Elizabeth also sang Il mio bel foco, and was commended for her "beautiful and mature" voice.

Joel, 14, who has played the baritone horn for the last seven years, gave two recitals, including Cavalier and Autumn Leaves.

These again were commended by Eulanwy and after some deliberation she announced that both candidates would be put through to the next round.

Both young people were presented with certificates by President Lyn Pinel.

The next round of the competition will take place in Poulton Hall, Wirral, on February 3.

Those members of the Rotary Club and Llangollen Inner Wheel present on the night felt the evening was a great success and wished both competitors the best of luck for the following rounds.
Posted by llanblogger at 7:03 AM