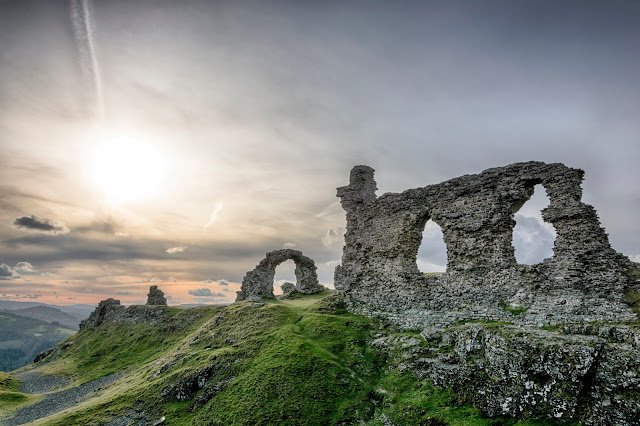 Llangollen's Castell Dinas Bran has been shortlisted in the BBC Countryfile Magazine Awards 2018.

The awards recognise the best of the British countryside, from mighty landmarks and outstanding nature reserves to superb national parks and fine rural pubs.

The castle is one of five sites shortlisted in the Landmark of the Year category, along with The Dark Hedges, Country Antrim; High Force, County Durham; Minack Theatre, Cornwall and Callanish Stones on the Isle of Lewis.

"Sitting high above Llangollen and alongside Iron Age embankments, it is a place of romance and legend.

"Wordsworth wrote of it: 'Relics of kings, wreck of forgotten wars, To the winds abandoned and the prying stars.'"


Judge Phoebe Smith says: “It is home to a legendary giant and is steeped in wonderful Welsh folklore.”


Voting for the awards runs until March 5. Winners will ne announced on March 13.