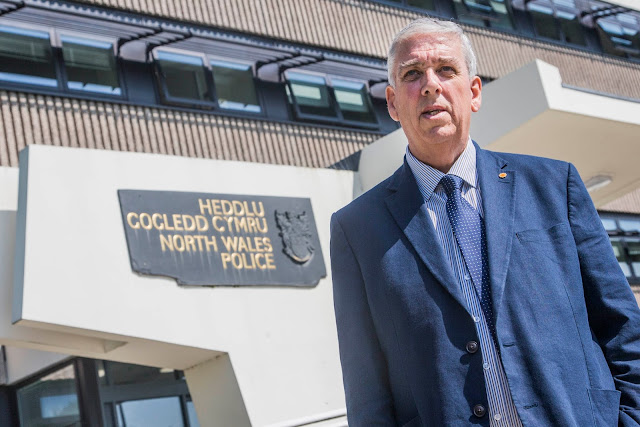 A pioneering police boss is aiming to use £30 million in buying power to enhance the lives of communities across North Wales.

North Wales Police and Crime Commissioner Arfon Jones made the pledge during the official launch of his new social value policy.

He is the first police and crime commissioner in Wales to introduce such a policy.

This aims to see public bodies, such as his office and North Wales Police, buying in services in a way which is not necessarily the cheapest but pumps extra cash into the local economy and boosts employment and volunteering opportunities.

The launch event, hosted by Mr Jones at Conwy Business Centre, was attended by over 30 suppliers and representatives of organisations which already benefit from social value schemes, including a number directly supported by his office.

In his introduction Mr Jones said: “My vision is to lead and work with the North Wales public sector in embracing social value, which follows on from two pieces of legislation, the Public Service Act of 2012 and the Welsh Government’s Well-being of Future Generations Act of 2015.

“It is about building an enhanced and strengthened local economy, creating economic growth, jobs and opportunities for local people.

“Around 80 per cent of our budget goes on salaries and pension so we spend something like £30 million on consumables. My aim is to use this wherever possible to enhance the well-being of communities across North Wales through social value.”

He added: “It is important to note that this is a move away from awarding contracts at lowest cost and is of extra significance given the increased pressures on public spending we are having to deal with across all sectors.

“It is my responsibility to ensure that by having this approach savings can be made to tackle wider community problems.”

The PCC said that in line with the spirit of the conference on modern day slavery he had hosted recently and would ensure that everyone involved in the chain of supply to his own organisation and North Wales Police adopted practices that are free from unethical trading and human rights violations.

One of the keynote speakers at the launch event was Stuart Davies, director of specialist company Sustainable Supply Chains Ltd based in Buckley, Flintshire, who devised the new social value policy for the PCC.

He said: “Every pound spent locally can generate local community good and research shows that if the 687,000 people who live in North Wales all spent £50 a year with local suppliers an extra £34.3 million of income would be generated for local economies.

“Social value can benefit people through the creation of work and volunteering opportunities, increase local spending and also improve health and well-being.

“However, we have quite a way to go as currently less than 25 per cent of councils have a social value policy.

“The policy I designed for the PCC and North Wales Police is based on my Social Value Wales strategy and will now be applied to every contract, in two categories above and below £50,000.

“The advantages will be cost savings, a reduction in waste, use of fewer resources and the avoidance of damage to reputations through unethical trade and human rights.”

At the end of the launch event, Arfon Jones said: “It has been a very useful and interesting day and I am grateful to everyone who attended for their support.

“An event like this gives you the chance to find out about what various organisations are doing to deliver social value to the people of North Wales, creating new opportunities in terms of work and the well-being of future generations.”