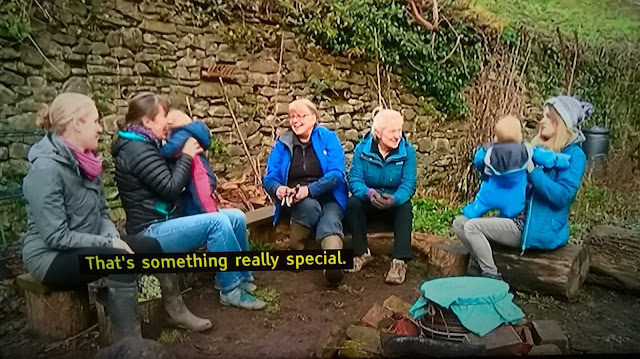 * Members of the community garden group featured in the TV report.

The campaign to save Llangollen's community garden from closure has been aired on national television. 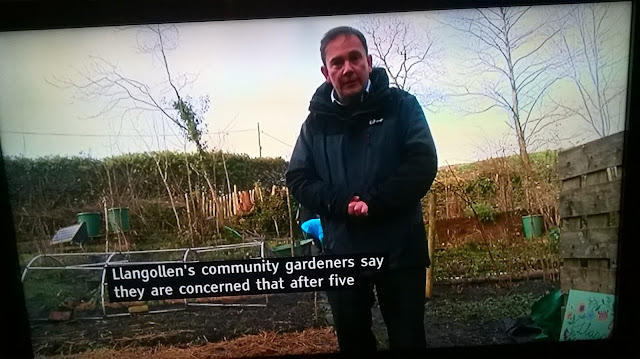 The garden has been threatened by a deal between a developer and the landowner, Denbighshire County council.


At the end of last year the council's Asset Management Group decided to gift the 0.5-acre plot for housing on the basis that the developer will carry out works to nearby Plas Newydd. 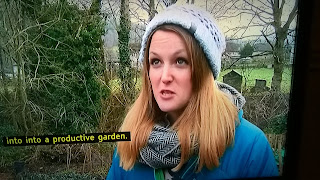 Founders of the garden, which was established in 2012, say they received just four days’ notice ahead of the decision, which is still due to be ratified.

On last night's BBC Wales news, there was a report about the campaign when North Wales reporter Matthew Richards interviewed a number of garden group members.

One of them, Kay Polley (pictured), spoke of the amount of hard work that had gone into transforming the garden from a wild piece of land to grow vegetables, fruit and flowers.

"The voluntary hours involved have been astronomical," she said.

The reporter said no decision had yet been taken on the future of the garden by the council but that until then it would "continue to grow".
Posted by llanblogger at 6:33 AM