Skates calls on council to splash out on leisure centre

Wrexham Council has been urged to follow the Welsh Labour Government’s lead and show its support for Plas Madoc Leisure Centre.

The Clwyd South AM (pictured) is now calling on Guildhall leaders to show the same good faith in the volunteer-run Trust, who have asked for a £50,000 loan from the council to ease cash-flow concerns caused by the huge repair bill it inherited. 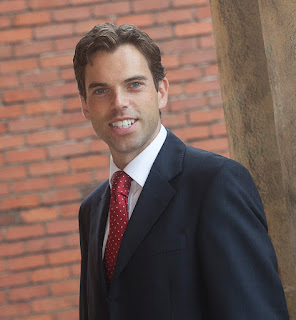 “I’m proud that the Welsh Labour Government has shown its support for Plas Madoc Leisure Centre and the local community, and I’d love for Wrexham Council to now do the same and agree to help the volunteers,” said Mr Skates, a founder member of the trust set up to save the centre.

“Maintenance problems passed on to the Trust from the council’s watch have already cost more than they are asking for. I would now urge the leadership at the Guildhall to emulate the Welsh Labour Government, which earlier this year gave them an interest-free loan of £1m to fund the revamp of Chirk Leisure Centre and Waterworld in Wrexham.”

Cllr Kevin Hughes, deputy leader of the council Labour group, said: “This funding from the Welsh Labour Government comes just at the right time. I don’t think anyone envisaged just how much work was required and how much money was needed when they took over the building. It’s a tribute to the dedication of the management team, employees and all the volunteers that they’ve kept this much-needed facility going with limited resources.”

Local councillor Paul Blackwell added: “A loan from Wrexham Council would further ease financial pressures caused by neglect over a number of years. The Welsh Labour Government is investing in the facilities of Wrexham, it's about time the council did as well.”

Clwyd South MP Susan Elan Jones said the Trust has spent in excess of £50,000 on repairs ‘which had been allowed to deteriorate as a result of the council assuming eventual demolition of the building’.

Ms Jones added: “There is clearly great support from the public and the profile of the centre is rapidly growing, its successes being noted on a national scale. I am also aware of the contributions of community councils such as Cefn Mawr, Ruabon and Rhos, who are doing everything possible on very tight budgets to support Plas Madoc Leisure Centre.

“I feel that the population of Wrexham would welcome their council supporting such a worthy cause.”
Posted by llanblogger at 10:15 AM