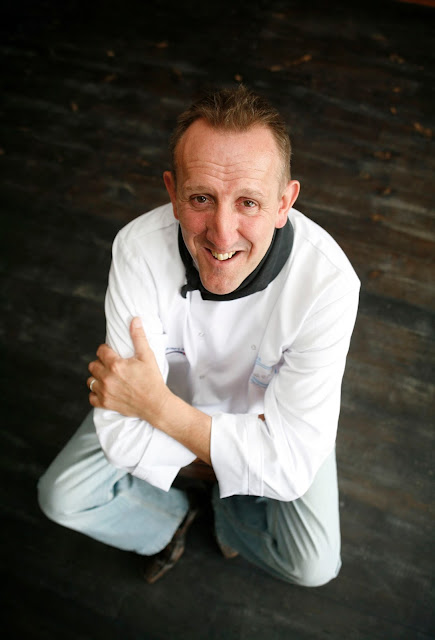 A TOP celebrity chef will recreate the memorable meal he cooked for legendary tenor Lucian Pavarotti.

Dai Chef (left) will be sharing the superstar tenor's gastronomic secrets when he appears live at this year’s Hamper Llangollen Food Festival.

Thousands of foodies are expected to flock to the popular event which will see the Denbighshire tourist town become the culinary capital of Wales over the weekend of October 15 and 16.

During his time at the Bryn Howel Hotel, Dai cooked for a whole host of superstar singers, including José Carreras and Dame Kiri Te Kanawa, who came to appear at the Llangollen International  Musical Eisteddfod.

But the high of his glittering career for Dai was spending a week as personal chef to Pavarotti when he headlined during an emotional return to the festival in 1995.

Pavarotti's (pictured right) pilgrimage came exactly 40 years after he had first competed there as a 19-year-old member of the Chorus Rossini choir from Modena, Italy in 1955.

To celebrate the occasion Dai will weave his magic to prepare again the meal he prepared specially for the maestro in that glorious summer 21 years ago. 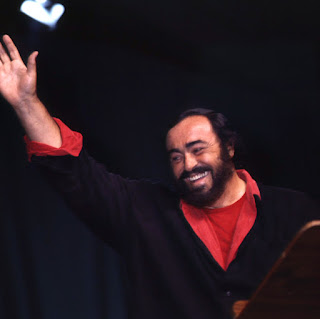 Dai, who is now executive chef at The Cliffs restaurant in Morfa Nefyn near Pwllheli, said: “At the time Pavarotti came to stay I was executive chef at the Bryn Howel in Llangollen, then one of the top five hotels in Wales.

“I was appointed as his personal chef for the week and used to serve him in the restaurant and his private suite.

“He was there with his father, Fernando, and a full entourage, including his promoter Harvey Goldsmith, and I used to prepare every meal for him.

“On the Sunday night after his smash hit concert at the Eisteddfod, just up the road from the hotel, I created a special meal for him and his 450 guests.

“I’ll never forget what it was. The starter was a smoked salmon and soft cheese roulade and the main course was Welsh sirloin beef flamed in whisky served with cream of wild mushrooms.

“The most memorable part of the meal for me was the dessert, which was a white chocolate and strawberry tart.

“Pavarotti loved it so much he asked me to prepare four more of them, although he didn’t eat them all there and then and took them back to his suite to serve to his friends and visitors.

“The story about this got out and led to a BBC2 TV documentary programme called Four Tarts and a Tenor.

“I must say the tart was so good I still serve it now at The Cliffs.”

Dai added: “This is exactly the meal I’ll be recreating for visitors when I do my live cooking demonstration at Hamper Llangollen, which is a festival I love appearing at as I was one of its original founders.

“Llangollen is actually like my second home because during my time at the Bryn Howel I lived in nearby Chirk and had the dual role of chairman and a second row player with Llangollen Rugby Club.

“I have cooked for other big names from the music world like José Carreras and Dame Kiri Te Kanawa but I’d say that working with Pavarotti was definitely one of the pinnacles of my career.

“It was one of those times when everything was just right – my own abilities, the hotel I was working in and the Eisteddfod – I’ll never forget it.

“Pavarotti himself was a fantastic man. He was at the top of his profession but never forgot his humble beginnings.

“Contrary to popular belief he wasn’t actually a big eater but he did eat often.

“While he enjoyed the larger set-piece meals I’d say his favourite dish, which I prepared for him often at the Bryn Howel, was a simple soup or potage made from a tiny bit of pasta with something like little pieces of lobster, fillet steak or asparagus.

“I’d so that for him in the morning and he’d eat bits of it throughout the day perhaps with some fresh bread and cheese on the side and a sprinkling of the balsamic vinegar from his home town of Modena.

“He told me his mother used to make it for him and he loved to eat it during his downtime in his room with his father. It was his comfort food, if you like.

“I also remember getting in boxes of fresh lemons, which he used to help his voice.”

Dai added: “Throughout the week the paparazzi were hanging around the hotel trying to find out what he was eating but I never told them anything as I was sworn to secrecy.

“All sorts of things were happening, like the old guys from the Modena choir who came with him singing in the car park of the hotel and some big Welsh cob horses being bought in to go through their paces for everyone.

“It was a real festival week with real celebrities and I want to recreate a little of that atmosphere with the meal fit for Pavarotti I’ll be preparing at Hamper Llangollen.

“I love the Llangollen event because, unlike some food festivals, it’s not in a marquee but in a proper setting with a big stage, which gives it a real sense of theatre when you’re doing cookery demonstrations.

“I also look forward to Llangollen because of all the old friends I meet there.”

Dai was born and raised in Aberystwyth and trained at a culinary college in Haverfordwest.

He gained his initial experience in the kitchens of some of the largest hotels in London’s West End and by the age of 21 he was the youngest chef saucier – in charge of the creation of delicious sauces – at the world famous Carlton Club in St James’s.

Later, Dai became head chef at the White Hart restaurant in Lewes, Sussex, and for a time was the personal chef of the owner of Simpson’s in The Strand, which is based in the same building as the capital’s iconic Savoy Hotel.

He then returned to Aberystwyth to run his own restaurant and during a 12-year period starting in the 1990s was executive chef at the Bryn Howel Hotel.

In 1996, Dai captained the Welsh team at the Culinary Olympics when it won a bronze medal for its culinary skills, and soon afterwards he was awarded an Honorary Fellowship at Glyndwr University in Wrexham.

After spell as a chef trainer – many of his pupils are now working in some of the world’s finest restaurants – Dai took another hands-on role as chef director at the Ship Inn at Red Wharf Bay on Anglesey and was later executive chef at the Bodnant Welsh Food Centre.

At The Cliffs, which has just undergone a £1 million refurbishment, he is in charge of a six-strong kitchen team and co-ordinates the preparation of up to 100 meals a night.

He said: "Dai is an exuberant character and a talented chef which is a recipe for success at the food festival.

"His appearance this year will be all the more memorable because he's recreating the meal he cooked for Luciano Pavarotti which will stir a great deal of interest.

“We're looking forward to a really special event this year. Thanks to a whole host of indigenous companies, North East Wales is rapidly establishing a reputation as a centre of excellence for high quality cuisine.

“The food festival is a perfect shop window for the companies who form the backbone of our rural economy.

"The location of the Pavilion is absolutely spectacular - I can't imagine that any other food festival in the UK has a more beautiful setting."

* For more details about Hamper Llangollen 2016 visit www.llangollenfoodfestival.com and for more information about Llanvalley Natural products go to  www.llanvalley.co.uk
Posted by llanblogger at 7:58 AM