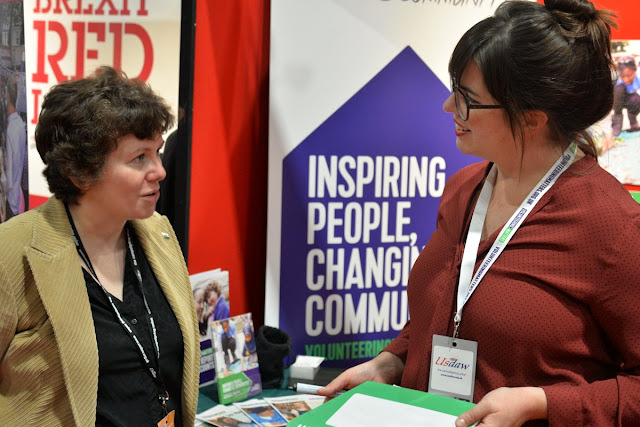 * Susan Elan Jones MP at the UK Labour Conference in
Liverpool with a representative of national volunteering charity Volunteering Matters.

Susan Elan Jones MP has called for the Government to think more carefully about it can best support charities during two speeches at this year's UK Labour Party Conference.

The Clwyd South Labour MP, who co-chairs the All Party Parliamentary Committee for Charities and Volunteering, spoke at meetings organised by the Charities Aid Foundation and Common Vision about the future of charities.

The MP also called on the Government to scrap the Lobbying Act.

She said: "It was a great pleasure to take part in two very well-attended meetings with many people who work or volunteer for charities. I was very pleased to take part in these events and to work with many national and local charities in this way."