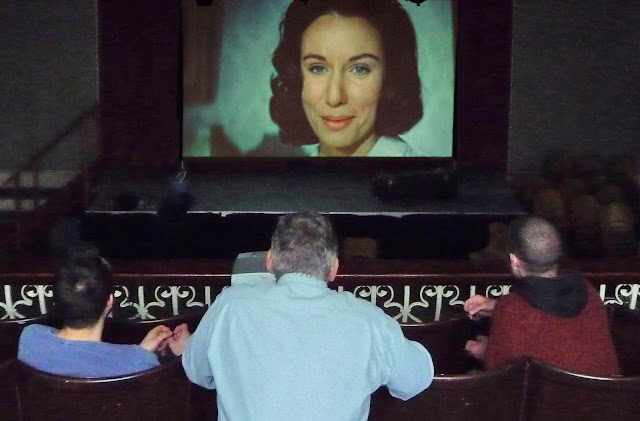 
LLANGOLLEN’S new community cinema, New Dot, has held a technical test at the Town Hall in preparation for their launch night on Wednesday July 15.
The film they used to test their equipment was a copy of the very last film shown at the original Dorothy Cinema back in 1963.

Alexander Mackendrick's Sammy Going South is a British adventure film from 1963 about a 10-year-old boy travelling by himself across Africa. 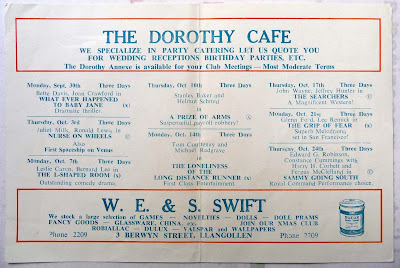 According to an original cinema programme held by Llangollen Museum, it was shown on Saturday October 26, 1963, costing 2/6 for adults and 1/6 for pensioners.

Cinema programmer Simon Proffitt explains: “We needed to show something in order to test our projector and fine tune the sound system for the opening night.
“We thought this would create a neat link to our namesake, the Dorothy, so we tracked down a copy.


“We also trialled bits from the actual film we’ll be showing on the night, Oscar-winning romantic comedy The Artist. It looks stunning on the big screen.”

Although the rest of the cinema's 2015 programme is yet to be confirmed, it's unlikely that Sammy Going South will be screened in full to an audience.
Simon added: “It’s not a bad film, but there are so many other excellent movies out there that people might not have come across before, and sadly we can't show them all. 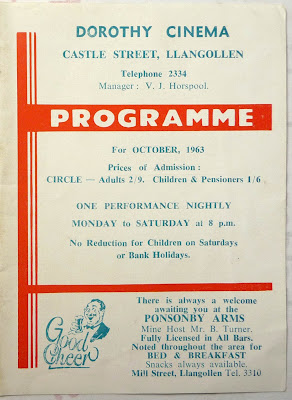 “There will be some old classics in amongst the newer and less well-known titles, though, and we’re really looking forward to bringing a hand-picked and varied selection to Llangollen.”

The first public cinema event is at 7.30pm on Wednesday  July 15 at Llangollen Town Hall.
Tickets are available from Baileys Delicatessen, Gales Wine and Gift Shop,  or from
www.llangollenfringe.org, priced at £8 (£5 concessions).

* For more information go to: http://www.llangollenfringe.co.uk/index.php/en/festival-2015/94-wednesday-15th-july-new-dot-cinema
Posted by llanblogger at 6:45 AM