A recent police and local authority campaign enforcing alcohol legislation across North Wales has been hailed a success in most areas with few premises or individuals falling foul of the law.

The Think Safe Drink Safe campaign at the end of May focused on preventing crime and disorder, enforcing alcohol related legislation and reassuring the public about the work being done to encourage sellers and consumers to take appropriate responsibility. 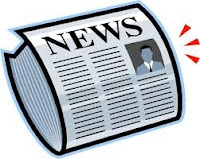 The operation involved breathalysing motorists, spot checks on taxis, test purchasing at pubs and off licenced premises, school classes on the subject of alcohol and anti-social behaviour and extra patrols to deal with potential disorder.

The feedback reveals that of 245 motorists stopped across Anglesey and Gwynedd five failed the breathalyser test. Although 21 of the 73 off licensed premises in the two counties failed underage test purchases, none of the 28 pubs in the area tested failed.

Meanwhile in Conwy two large events were held during the operation; the Llandudno Air Show bringing in an estimated 40,000 extra visitors to the area and the Mixed Martial Arts Event in Colwyn Bay. Both events passed without incident.

In Denbighshire two pubs failed a test purchase. In Flintshire more than 20 pubs were visited and there were no instances of alcohol related disorder. In Wrexham County three pubs were found to be serving under age customers and three people were detained for possessing cannabis.

Chief Supt Jeremy Vaughan said; “Misuse of alcohol can cause great harm to communities and is a drain on the emergency services as well as health and council resources.

“Nationally nearly 50 per cent of all violent crime is alcohol related, nearly half of all domestic abuse incidents are linked to alcohol and excessive drinking severely increases your likelihood of committing a crime or becoming a victim of crime.

“The results of this operation are encouraging, although it is disappointing to see a number of off licenced premises failing the underage purchasing test.

“Thankfully there were no serious incidents of disorder, but our message to the industry and the public remains the same – Think safe, drink safe. Those who don’t will be dealt with robustly.”

Joss Thomas, Licensing Team Leader, Wrexham Council said; “Compliance with licence conditions was high with only minor issues needing to be addressed. All Wrexham town centre door supervisors were also found to be fully licensed and displaying their identity in accordance with legislation.”
Posted by llanblogger at 8:51 AM