Clwyd South MP Susan Elan Jones has slammed the Government's response on Llangollen and Corwen bank closures, and has called for much tougher action. 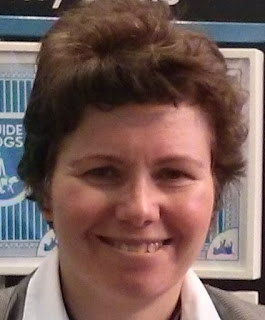 Ms Jones (pictured right) made her comments after she received a formal response to a question in Parliament where she had urged a Cabinet Minister to meet with senior management of Nat West Bank to get them to re-consider their decision to close branches in Llangollen, Corwen and other communities in North Wales.

In its written response HM Treasury said: "Decisions on the opening and closing of individual bank branches are taken by the management of each bank on a commercial basis without intervention from Government.

"Banks and building societies need to balance customer interests, market competition, and other commercial factors when considering their strategy.

"The Government is committed to increasing competition to deliver innovation and good financial products and services for all bank customers, and part of the Government’s long term economic plan is to ensure that banks serve all sections of society.

"The Government welcomed the industry-wide Access to Banking protocol announced in March 2015. From the first of May this year, a bank must carry out a number of steps if it is closing a branch.

"The steps include establishing the impact of a branch closure before it takes place; finding suitable alternative provision; and putting satisfactory alternative measures in place before a branch is closed."

Susan Elan Jones MP said: "Government Ministers ignored my direct question about meeting with NatWest Bank to try and prevent the closure of banks in Llangollen, Corwen and other communities in North Wales.

"It's also concerning that the Government has moved away from its declared aim of only a few years ago to try and save the last bank in every community. Now there only seems to be a very vague 'Access to Banking protocol'.

"It's ridiculous to suggest that an irregular 'bank on wheels' services that offers partial banking services for an hour a week or so can  meet the needs of individual and business customers.

"There really needs to be a major re-think of banking services in rural areas, because of the distances involved. It's not the same as if a branch closes in a suburb of Manchester, London or Cardiff. Nat West's decision to close branches in Corwen and Llangollen will have a massive impact on both towns."
Posted by llanblogger at 7:40 AM