AM asks government to help save D&C

Clwyd South Assembly Member Ken Skates has asked the Welsh Government to help save one of his constituency’s biggest employers.
He met the remaining staff at Dobson & Crowther on Friday after the Llangollen company went into administration and made 55 out of 79 workers redundant.
Mr Skates, who is based in the town, has written to the Welsh Government economy minister Edwina Hart about the closure. 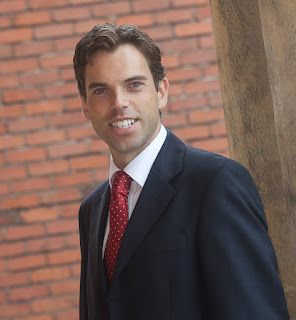 The Welsh Labour AM (pictured right) said: “I am working with others to do whatever possible to save Dobson & Crowther and find a new employer for people in Llangollen.
“After a positive meeting with David Shaw from administrators Baker Tilly last week, I am encouraged by the level of interest being shown in the business and I assured the employees I will do everything in my power to help.
“We need to keep Dobson & Crowther in Llangollen, and I have asked the Welsh Government to help us achieve that.”
Mr Skates has secured an assurance that details of the 55 employees laid off will be passed to any company which buys the business, and also welcomed ‘positive’ news regarding the development at Dobson & Crowther’s former site.
Sainsbury’s was due to open a store there in time for Christmas, creating 130 jobs, but announced last month it was pulling out of the project. The supermarket giant is now looking to sub-let the brand new premises, which are almost complete.
Mr Skates said: “I have spoken to Sainsbury’s within the past week and there is plenty of interest in the site, with early discussions under way with a number of both food and non-food businesses. While these are initial talks, there are certainly positive signs.”
He added: “There seems to be some misunderstanding about what would have been the Sainsbury’s site, with some opponents of the project happy to peddle the myth that we’ll have an empty building on the edge of town.
“Sainsbury’s is tied into a contract, so will lose money every day that the building is not occupied. It’s in their interest to sub-let the premises, so it will be finished and it will be filled by a business – or a number of businesses – which will create jobs for Llangollen.”
Dobson & Crowther was forced to restructure last year after the loss of its biggest customer, and was later let down when its main supplier went bust.
Posted by llanblogger at 4:49 PM