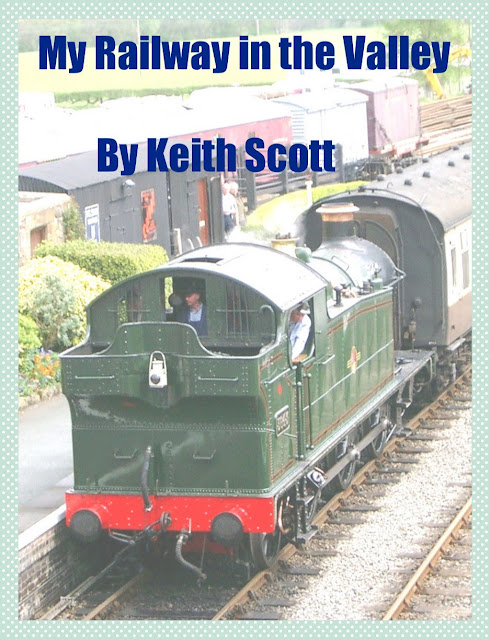 *My Railway in the Valley is on sale to help raise cash for
the Corwen extension.

Books written by a Llangollen Railway volunteer are raising money for the heritage line’s extension to Corwen.

Keith Scott has penned three books especially for youngsters and all inspired by the railway.

More About My Railway in the Valley features the big railway gala, a race between Lucky the horse and a little engine and a spectacular rescue of two boys from the river in a storm.


The third story, out this year and entitled The Crumbling Wall, is a science fantasy thriller set on the railway where alternative worlds collide with near disastrous consequences. A station waiting room is the doorway between two realities.
Anyone over the age of about 10 should enjoy the book, which costs £5 per copy.
All three books are available in the station shop and sometimes on the trains themselves.
Enquiries about buying the books can be made by emailing: kas1310@mail.com
Posted by llanblogger at 7:53 AM