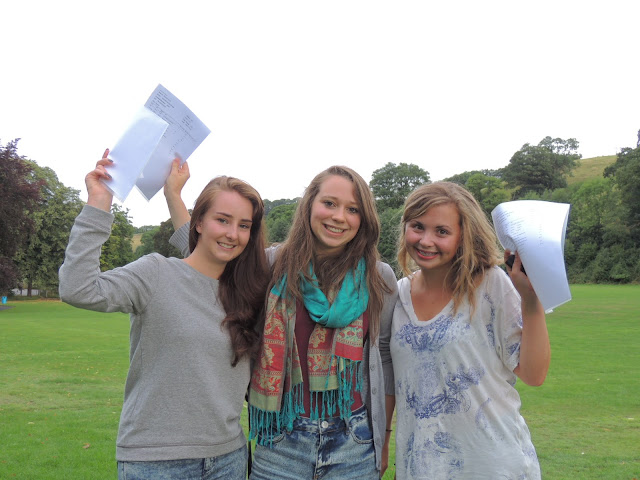 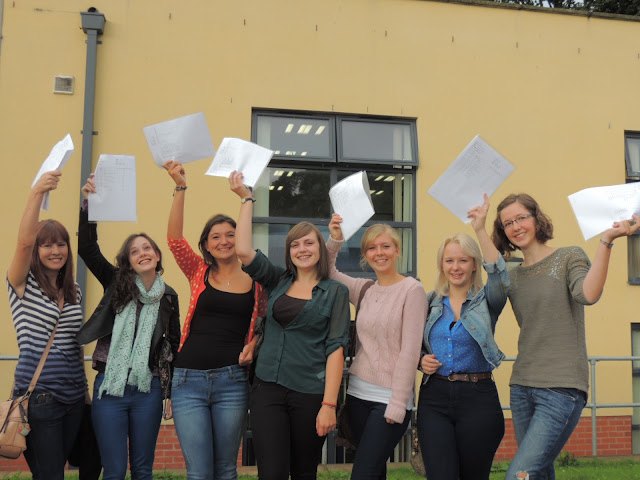 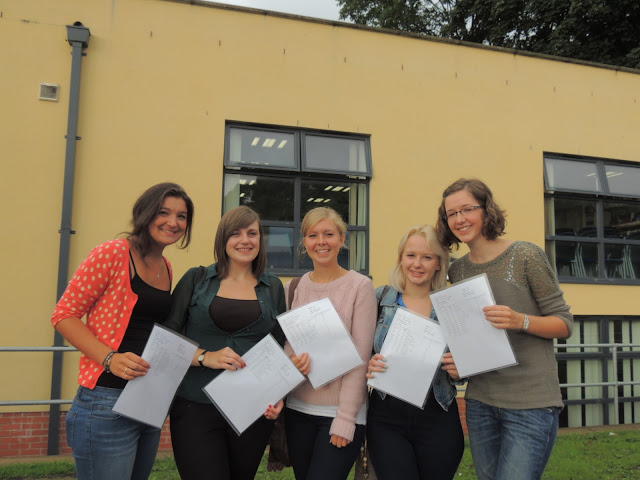 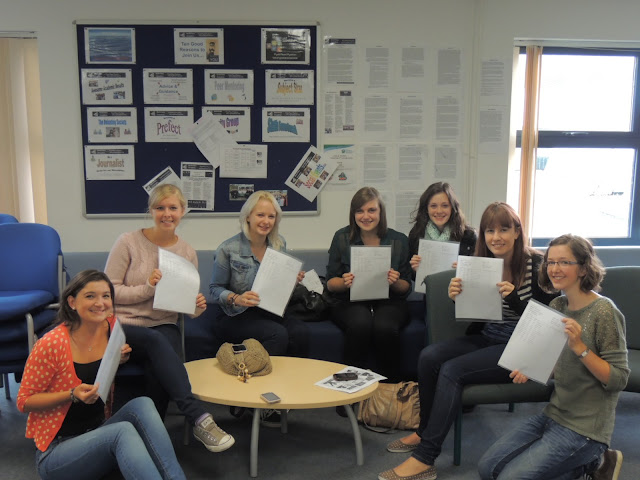 Ysgol Dinas Bran in Llangollen is celebrating another fantastic set of A level results.

And successful students are now plotting their courses to universities all over the country where they have been offered places.

They will be studying a range of subjects from - Medicine to Law, Languages to Speech and Drama, International Politics to Vetinary Science.

All students did well but there have been some exceptional performances, notably: Bethan Chandler 2A*s, 2As and a B – Durham; Elysha Cookson, "As, B – Warwick; Charlotte Evans A* and 3As, Oxford; Layla Morris, 2As, B, Liverpool; Alice Newport, 3As and a B, Liverpool; Adam Saunders, “As, B Cardiff; Beth Savage, 4As, Warwick; Larissa Davies, 2As, B, Manchester; Matthew Tipuric, 2As, B, C, Sheffield; Louise Cielecki, London Central School of Speech and Drama; Connor Jones, Cardiff, Amy Carter, Manchester and many more.

Headteacher, Alison Duffy, congratulated all students on their successes.

She said: “They have been a fantastic group of students who have given so much to the school, working with younger students and getting involved in charity events, our amazing choir and so on.

"They really brought a new dimension to the school and we will miss them all.  All of our students now have the opportunity to build on the excellent foundation they have had here, as they move to a new stage in their lives.  We wish them well for the future.  Congratulations to you all.

"Our school welcomes students from Ysgol Dinas Brân as well as other areas to our Sixth Form where they quickly settle in and have done brilliantly.

* Early indications show that A Level results have improved overall at Denbighshire’s secondary schools in 2013.

The county council says that more students achieved A*- C grades at A Level improving to 77.7% this year; this is 1% higher than last year.
Significantly more students in Denbighshire were entered for post-16 qualifications in 2013 than in previous years.

There has been an improvement in pupils achieving the top A and A* grades, up to 22.1% which is nearly 2% higher than the 2012 figure,  however this is below the Wales average of 22.9%.  The county's school results are:

170 candidates were awarded the Welsh Baccalaureate Qualification's Advanced Diploma. This is an average of 94.5% - well above the Welsh average of 82.7%.

Councillor Eryl Williams, Cabinet Lead Member for Education, said: “Education remains a top priority in Denbighshire and I am extremely pleased to see our A level results continuing to rise.  “I would like to congratulate the students who have achieved the results they need and I wish them every success in their future education and careers.”

* Commenting on today’s A Level results in Wales, Aled Roberts, Welsh Liberal Democrat AM for North Wales and the party’s Spokesperson on Education said:

“Today’s results are the culmination of years of hard work by Welsh pupils and teachers.
“I am, however, concerned that the percentage of Welsh pupils who attained the highest grades has fallen for the fourth year in a row and is lower than rates in England and Northern Ireland. This is something I will be pursuing with the Education Minister when the Assembly reconvenes next month.
“I wish every student well in obtaining a place at either their chosen university or an alternative via the clearing system.
“Many will also be going on to study apprenticeships and I wish them well in their future endeavours.
“This is an important day in the lives of prospective Welsh graduates, employees and even future employers, and I have every confidence that the work they have put in so far will lead them on to exciting and interesting times ahead.
“I also want to offer encouragement to those who didn’t do as well as they had hoped.  They must remember that there are still a great number of options available to them and I urge any people who are unsure about their next move to speak to an available careers adviser who will be able to assist them and give them advice about their future plans.
“I am pleased that so many young people were successful in achieving the Welsh Baccalaureate Advanced Diploma.
“With an overall A Level pass rate of 97.6%,  the same as last year’s, this is a day of celebration for students in Wales.”
Posted by llanblogger at 10:21 AM