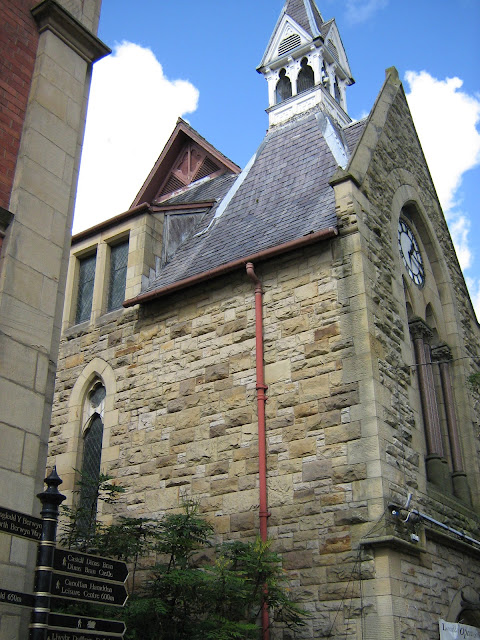 Llangollen has a new mayor in the shape of Cllr Bob Lube.


The official transfer of the office from Cllr Jon Haddy took place at the annual meeting of the Town Council on Tuesday night.
Cllr Lube (pictured below left) told Cllr Haddy as he stepped down: “Thank you for the sterling work you have done during your term of office and I hope I can continue at the same level.”

Cllr Haddy was then presented with the traditional previous mayor’s medal before taking his place on the benches.
Cllr Mike Adams was unanimously voted in as deputy mayor.
Cllr Phil Thane becomes chair of the planning committee for the municipal year ahead and Cllr Adams will chair the general purposes committee.
Later, during the normal monthly council meeting, Cllr Tim Palmer (pictured below right) who was elected last year, announced that he is standing down from the council and that this meeting would be his last.

He told members that he and his family were moving to the United States where he would be taking up a new job.
Town clerk Gareth Thomas said the vacant position on the council would now be advertised.
Cllr Palmer said: “I would like to thank everyone for their patience, counsel and good humour during my time on the council. I have thoroughly enjoyed myself.”
The mayor told him: “On behalf of the council I would like to thank you for 12 months of service and wish you all the best for the future.”
Posted by llanblogger at 7:46 AM