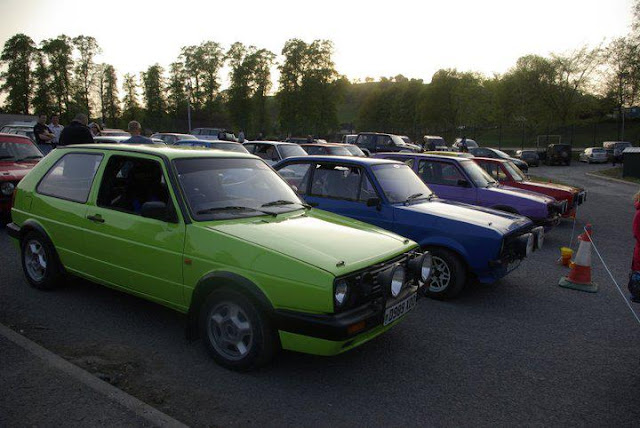 
MORE than 70 drivers in a prestigious motoring event will make a brief stop in Llangollen early on Sunday morning.
Competitors in the famous Border 100 Road Rally – some from as far away as Jersey and the Isle of Man - will have a re-fuelling halt in the town at around 1.30am.
The two-day event, which was voted the best road rally in the UK in 2007, begins at Llanfyllin in Powys on Saturday and the Llangollen fuel stop comes at roughly the half-way point of the route, which takes in areas of Powys and Denbighshire before finishing 100 miles later at Meiford in Powys.
The 75 entries include cars from the 1970s to the present day such as VW Golfs, Ford Escorts, Renaults and Subarus.
Clerk of the course Iwan Jones said: “The cars won’t be in Llangollen for very long. It will just be a fuelling halt, which is known as a ‘splash and dash’ in rallying.”
The event’s organisers have gone to great pains to assure Llangollen residents to ensure that no unnecessary disturbance is caused as the rally passes through.
They recently dropped off letters to a number of local homes saying that all checkpoints will be manned by efficient marshals and placed where possible far enough away from dwellings so as not to allow excessive noise to be created.
The letter adds: “The competitors will be notified that any undue nuisance created by them during the event will mean their instant disqualification.”
Posted by llanblogger at 10:02 AM