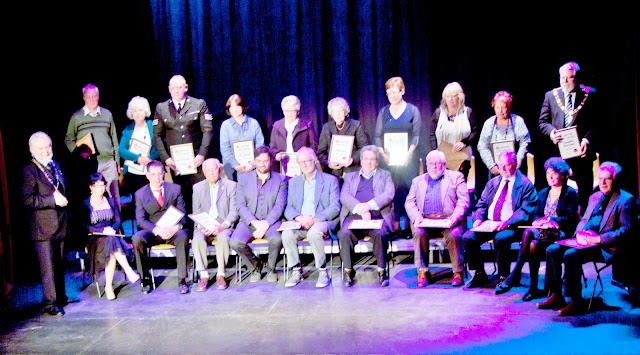 Twenty individuals and organisations from Llangollen were presented with Civic Awards during a special ceremony at the Mayor's Charity Concert at the Town Hall on Saturday.

The Mayor, Cllr Jon Haddy, made presentations to: