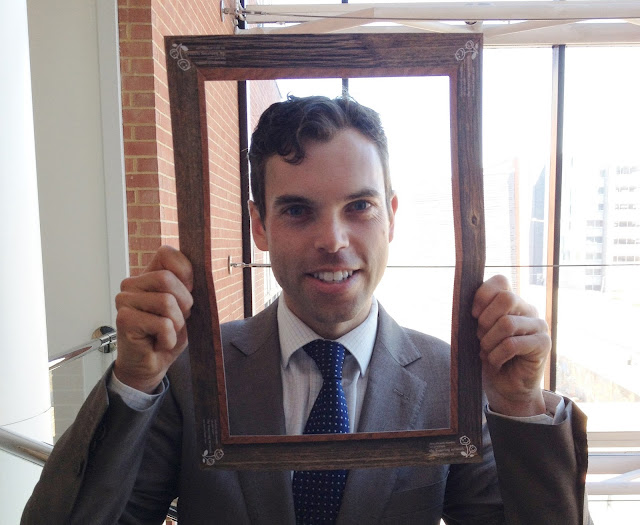 A report by the Fostering Network to mark the campaign fortnight found that children are being moved too many times between foster families because of a shortage of foster carers across the country.
The survey found that in the last two years 3 in 5 foster carers (61 per cent) have cared for children who have previously had two or more moves between homes.
The Fostering Network photographed Assembly Members ‘In The Frame’ to help mark this year’s campaign which runs from 13th to 26th May.
Mr Skates said: “Foster carers in my constituency and right across North Wales do a fantastic job providing care and loving support to looked after children who need it most.

“The problem is we are short of up to 600 foster carers right across Wales.  This causes local authorities big capacity problems, particularly as the latest statistics show the numbers of children in care have risen 6% in the last year and 24% in the last five years.
“That’s why in areas like North Wales we need to recruit and train more foster carers to help young people in care.  The current shortage of foster carers causes instability for looked after children, particularly those with challenging needs.
“Yet we face a huge challenge in terms of finances and there is a sustained squeeze on local authority budgets everywhere.
“However we cannot put a price on the value of Fostering or adequately do justice to the role foster carers play every day in the lives of children and young people in care.  The aim of Foster Care Fortnight is to remind us all how challenging but ultimately rewarding the role can be.”
The survey also found that 2 in 5 (43 per cent) of foster carers have looked after at least one child who has been moved four or more times, while 1 in 10 (11 per cent) have cared for children who have had 10 or more moves before coming to live with them.
It found that as a result, children are being moved too far away from their families, are being unnecessarily split up from brothers and sisters and are being forced to move school.
Others live with a foster carer who has space but may not have the experience and skills to meet their specific needs. This can put such a strain on relationships that they break down, resulting in these multiple, damaging moves.
The survey also found that in the last two years:
·        1 in 3 (34 per cent) foster carers have looked after children whose brothers and sisters were placed elsewhere because the fostering service couldn’t find a place to keep them all together.
·        Almost 1 in 3 (28 per cent) of foster carers have felt under pressure to take children (mainly teenagers) who they felt they were not trained or supported to look after.
·        1 in 10 foster carers (12 per cent) have felt under pressure to take in another child (mainly teenagers) when they felt they had no more capacity.
·        2 in 5 foster carers (39 per cent) have looked after children temporarily because the fostering service couldn’t find a suitable long-term home.
Posted by llanblogger at 8:07 AM