Tarraco - more engaging than its many rivals 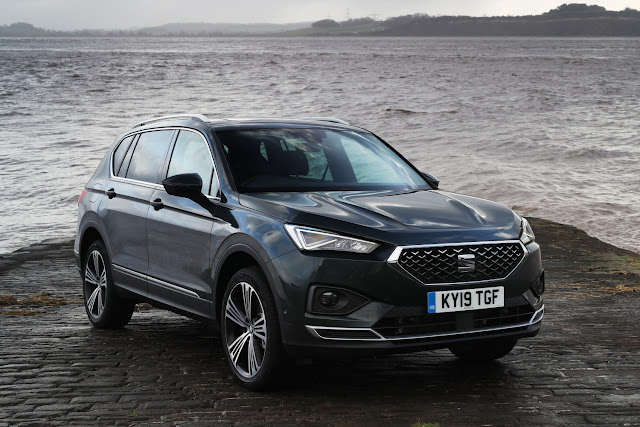 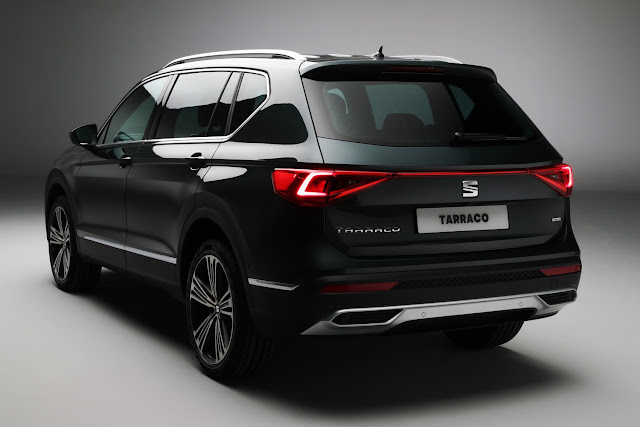 Feast your eyes on this folks, it's another SUV and a rather smart one at that.

This is the new Tarraco from Seat and sits at the top of the Spanish car company's SUV line up alongside the little Arona and mid sized Ateca.

As with most Seat models the name represents the Spanish homeland and Tarraco is the Roman name for the port of Tarragona, a wonderful city famed for its Roman amphitheatre, Santa Tecla festival, and the nerve racking human tower competition.

Now you are thinking Tarraco looks familiar. Yes, it is closely related to Skoda Kodiaq but is a bit better looking thanks to its snazzy front grille and headlight design, and it is a smidgen lower although that is more difficult to spot.

Both cars are joined at the hip to the Volkswagen Audi group so just about everything you can't see comes from the VAG parts shed and that is no bad thing given the excellent chassis and range of engines.

It also makes life difficult when trying to find a unique selling point; VW and Audi hardly need to sell themselves while Seat and Skoda have to push harder.

Seat has always fancied itself as the more sporty arm appealing to a younger, more adventurous audience and that is definitely the case compared to Skoda although VW might argue the toss. Audi doesn't count because it is up with the gods in the premium seats.

You can hardly expect to turn a big SUV into a hot hatch, although BMW and Audi have made a pretty good fist of it, nevertheless Tarraco is a good, if not great drive, and a bit more engaging than most of its rivals.

My Tarraco followed the Honda CR-V which is not a direct rival but was good for making a comparison on ride and handling. The Seat's stiffer springing and sharper steering was a winner with me because I prefer cars with a more dynamic set up, but that is not to say the Tarraco is better than the CR-V, it is better for me.

Seat is having the time of its life with record sales helped by the runaway success of Ateca and there are high hopes for Tarraco. Confidence is high, so much so that the company has established a stand alone Cupra brand so who knows what's in store on the sporting front.

For now Tarraco is offering itself as a family package with seven seats standard across the range but do not be lulled into thinking you can haul seven adults in comfort. The third row is best reserved for children given the limited leg and headroom and getting to them is not easy, another reason for leaving agile kids to squeeze through the narrow gap.

With the rearmost seats folded flat the storage area is generous but some people, like me, might like the option of a five seater to gain even more space. However I did like the special under floor space created for the boot cover, saves leaving it in the garage when going on holiday with a full load.

Once on the move the Tarraco's seats provide plenty of comfort. The cushion accommodates long thighs, is nice and wide and well padded while getting the ideal position is easy thanks to the side wheel adjuster. Sadly most companies have switched to a lever which is next to useless and a good reason for paying extra for powered seats.

With most of the bits and pieces coming from Volkswagen the Tarraco's cabin has a familiar Germanic look although Seat has gone for a floating touchscreen infotainment centre rather than inset with digital symbols for the functions to make it look bang up to date. Trim and build quality are of a good standard although it did fall short of the Honda CR-V in some areas.

Seat say the engine of choice is the 1.5 litre entry petrol which, given the size of Tarraco, is surprising. Even though people are deserting diesel in droves it is by far the most economic option for a large SUV particularly if travelling with a full house yet I was surprised and more than satisfied with the performance of the 1.5.

It does not have the swift mid range pick up of a diesel but then again does not feel particularly lacking or feeble, performing above expectations and never getting flustered when pushed to the rev limit. Expect to average around 37mpg.

Tarraco is in a market where there is a heck of a lot of choice and Seat will always be looking over its shoulder at the cheaper and virtually identical Skoda Kodiaq, but Tarraco has a better spec and you don't pay for metallic paint! I think the best deal will win the day.