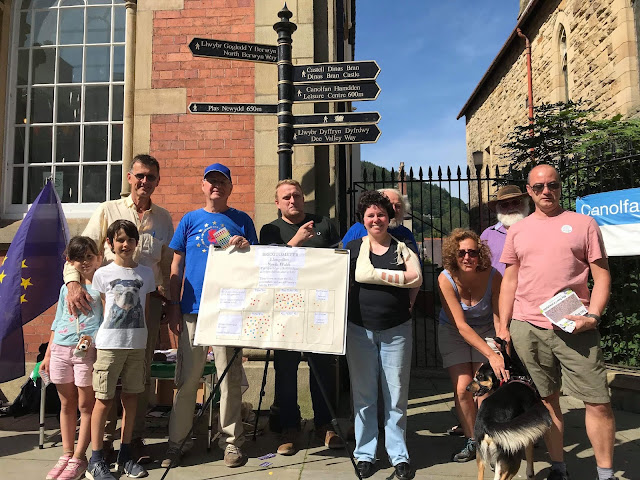 * Members of the campaign group in Castle Street with Susan Elan Jones MP
on the front row, third from right. 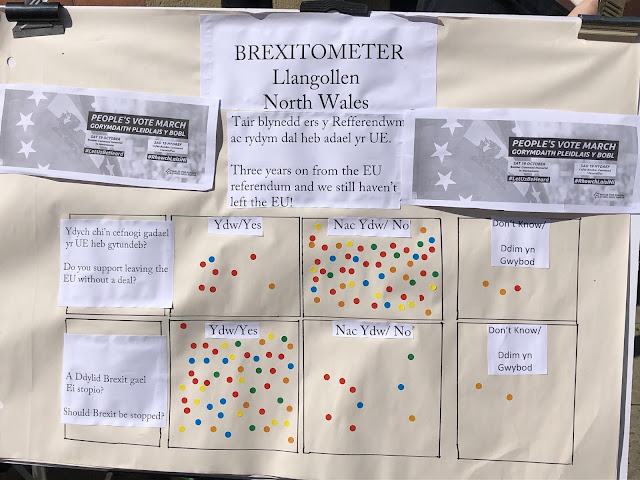 The group has now supplied a higher resolution picture of the results board which, judging by the number of coloured dots cast, shows substantial majorities against Britain leaving Europe with no deal and in favour of Brexit being stopped.

Members of campaign group Denbighshire for Europe were out in Castle Street yesterday (Saturday) with their Brexitometer gauging opinions about Britain leaving Europe.
The group, which describes itself as non-political, has carried out similar exercises at various spots across the county including Denbigh, Rhyl and Prestatyn. The results are fed into a national campaign.
People have been given the opportunity to place a sticker on a variety of questions about how well they think Brexit is going.
Joining the group for the Llangollen session was Clwyd South Labour MP Susan Elan Jones,
Aled Canter, one of the members of the campaign group, said: “We have had a really positive response from these mini Brexitmoters across the county.
"We welcome having had a local MP there attend. This was an opportunity to let your local MP know how you feel and how they can best represent you at Westminster."