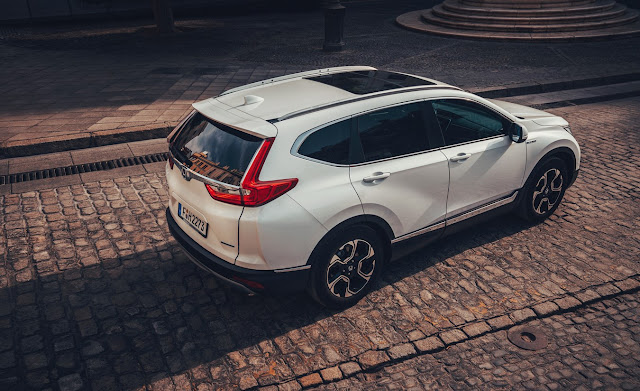 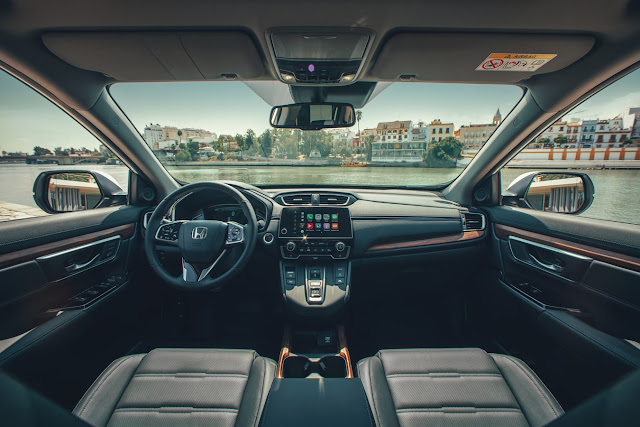 CARAVANERS have always loved the Honda CR-V. The SUV offered a huge amount of space and effortless towing but has the Japanese company shot itself in the foot by dropping diesel from the latest model?

Honda would say not because diesel sales have fallen off the cliff and are unlikely to recover as car companies plough resources into petrol hybrid and electric power. Catering for towing is hardly top of the priority list but pulling a caravan or trailer with a petrol engine is always going to be second choice.

So here's a challenge for CR-V. Towing my four berth 7.2 metre caravan 340 miles to Redruth in Cornwall. The car's 1.5 VTEC turbo engine seems an unlikely match and more importantly what is it going to do to the gallon? My last petrol experience was 1989 when I got 20mpg from a 2-litre Mazda 626. Painful on the pocket.

With 170bhp under the bonnet I had no worries about CR-Vs ability to pull my van. It has a capacity of 2000kg, way more than I need. No, my concern was the 220Nm of torque, a lot less than a diesel. The six speed gear box was going to be busy.

How did CR-V do? I was right about having plenty of gear change practice but as long as the right gear was chosen the car felt very comfortable and pulled strongly uphill. The downside is engine noise. The VTEC likes its revs and tends to shout and scream once passed 3000rpm.

I kept a close eye on the computer readout for fuel consumption and was pleasantly surprised. The CR-V never fell below 25mpg and even reached 30mpg for the long cruise down the M5. The average at journeys end was 27.2mpg and it was much the same for the return trip, not a a bad return and not much worse than a Mazda CX-5 with similar power to CR-V from a 2.2 diesel which I used to tow a few weeks earlier.

Given the choice I would still opt for diesel but those choosing CR-V for towing are not going to be too disappointed.

But what of CR-V as an everyday family car? It has been the people's choice since it was launched 24 years ago and according to Honda is the world's best selling SUV. I drove it at the launch and wrote that it was a game changer with driving characteristics much closer to a car than the cumbersome 4x4s of the time.

Honda has done such a lot to improve CR-V down the years and the fifth generation is the best yet, as it should be, and is built on the same global platform as the Civic. It doesn't look a lot different from the previous model until you get close up and see all the new body creases and bulging wheel arches, all intended to give CR-V more kerb appeal.

A spacious cabin has been a big strongpoint and has got even better thanks to the longer wheelbase. Back seat legroom has to be the best in its class, there is even room for a seven seater version, a first for CR-V, while the boot is massive with the back seats dropped.

A couple of adults could sleep in it and it took my two adult bikes without any trouble. The sill is about as low as it will go and the tailgate aperture nice and wide for easy loading.

The SUV/crossover market is crowded, some would say overcrowded, so Honda has tried to distance itself from the pack with a combination of greater cabin space and more upmarket trim. It is not premium, but is knocking on the door.

Dashboard layout is clean and simple with the gearstick perched high in the centre console. This leaves a lot of space for stowage between the seats with the central box large enough to take a litre bottle of water with room to spare.

Honda has chosen Garmin for the navigation system which isn't my favourite. The graphics are not detailed enough and look more suited as illustrations for a child's book. At least reaction time for the touchscreen is good although I was none too impressed by the advanced traffic warning that twice wanted to send us on a wild goose chase.

We ignored the first report of a big delay and found there wasn't any, but took the second alternative route because of an apparent delay which also turned out to be out of date.

That apart, CR-V continues to be a strong contender. Driven solo the 1.5 VTEC is a bit of a flyer with 40mpg plus economy and commendably low emissions, and while the handling is not as dynamic as the Mazda CX-5 or the new Seat Tarraco, it has a more comfortable ride which is more in tune with the needs of a family.