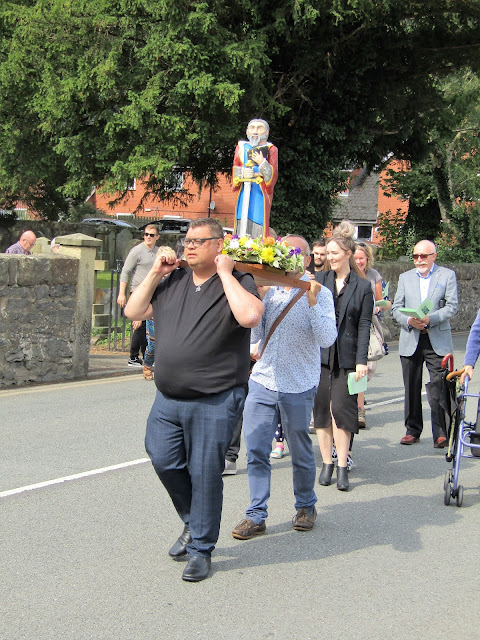 * The statue of St Collen is carried aloft. 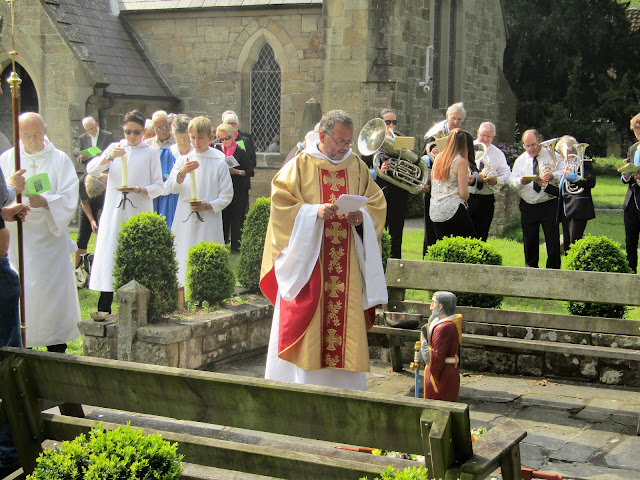 * Father Richard Peers performs the blessing of the statue at St John's. 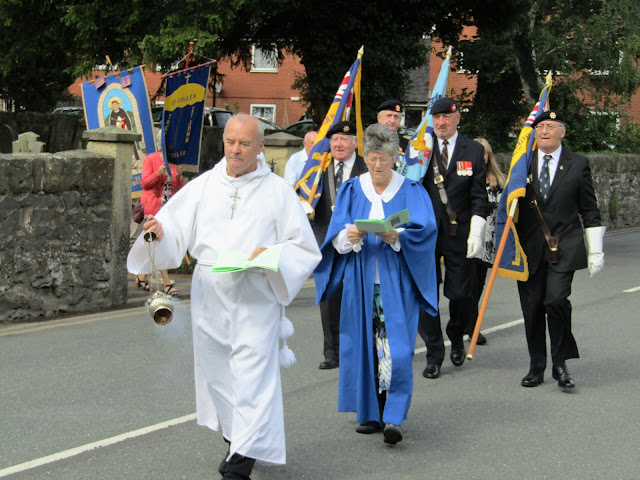 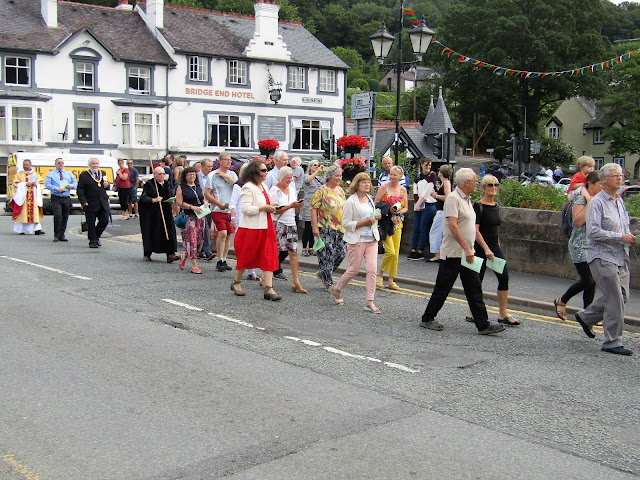 * The parade passes over the bridge into Castle Street. 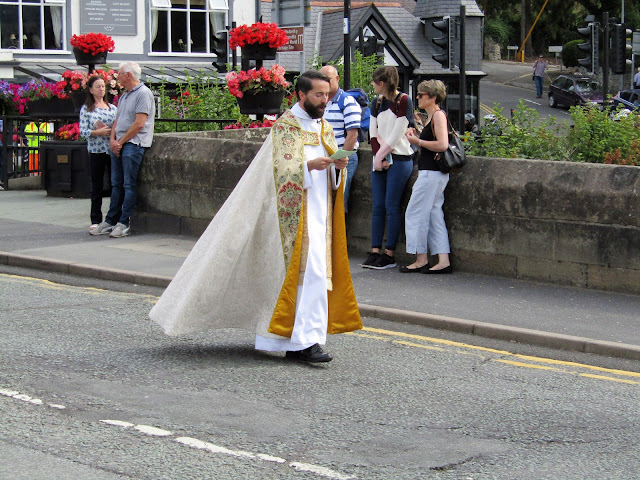 * Father Lee Taylor walks across the bridge, singing all the way. 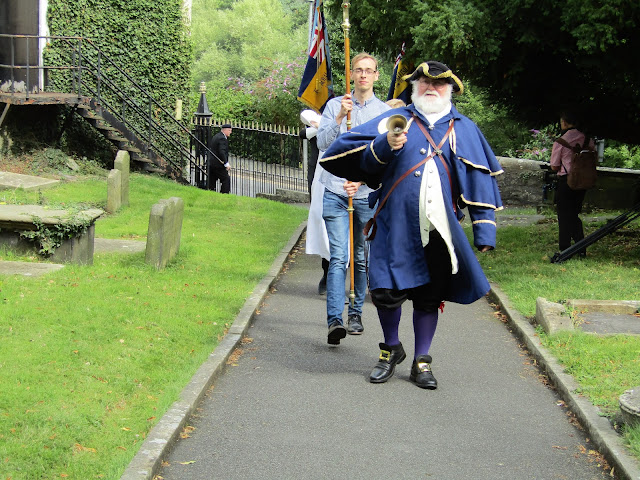 * The parade arrives back at St Collen's.

Members of St Collen's along with civic leaders and representatives of various local organisations paraded through the centre of Llangollen this morning to celebrate the town's patron saint, St Collen.

Following a short service of blessing performed by Father Richard Peers of the Liverpool Diocese at St John's Church on Abbey Road, the parade, headed by town crier Chem Cheminais and with music provided by Llangollen Silver Band, walked through the temporarily closed streets to St Collen's where a full service was held.

Vicar Father Lee Taylor commissioned local artist Christian Lancaster to carve an image of St Collen, whom Llangollen is also named after, and it's the first one ever done of a Welsh saint, he believes.

Father Lee said: "The saint was carried aloft on a carrier with wreaths of flowers.

"It was a very important day for the town."

Saint Collen was a 7th-century monk who is said to have arrived in Llangollen by coracle and founded a church beside the river.

As there are no other churches in Wales dedicated to St Collen, it is possible that this St Collen may also have connections in both Colan, Cornwall, where Colan Church is dedicated to him, and Langolen in Brittany.
St Collen died on May 21, probably sometime in the early 7th century. He was buried in his chapel.
For centuries it was known as the 'Old Church' and stood immediately to the west of the present medieval church of St Collen in Llangollen.
Posted by llanblogger at 12:19 PM