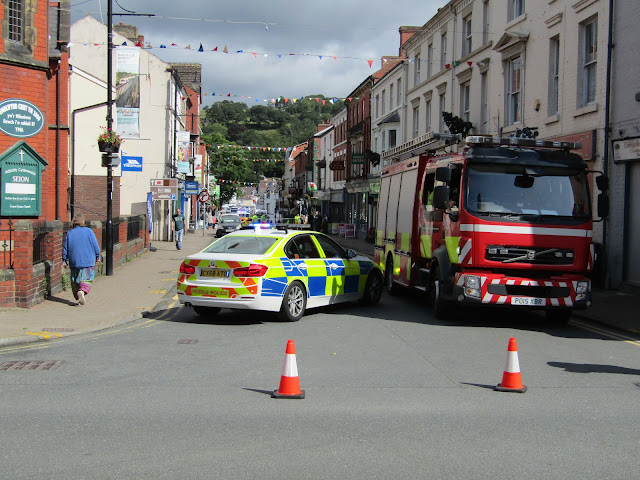 * Above and below: the scenes in Castle Street this morning. 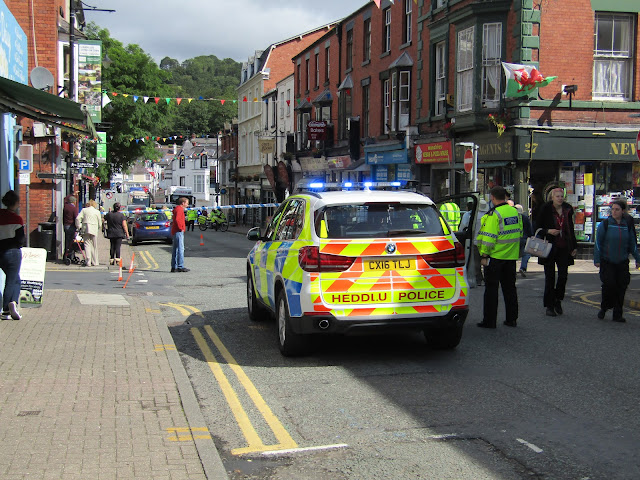 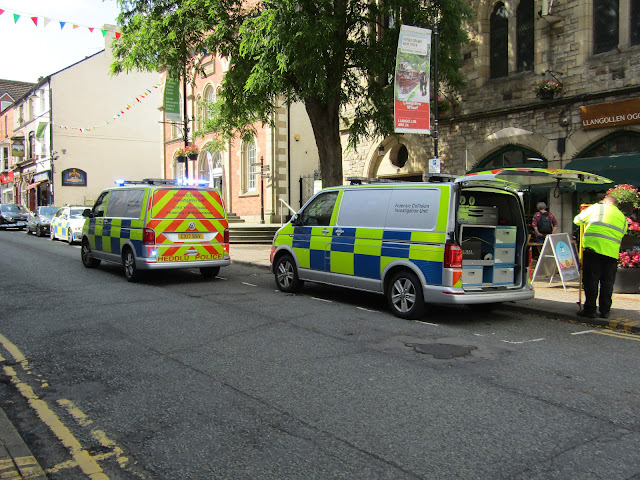 Castle Street has been closed by police following a collision in which the casualty had to be flown away from the scene by air ambulance earlier this morning.

A message from North Wales Police sent out at around 11am said: "Castle Street in Llangollen is currently closed following a serious RTC involving a pedestrian and a car. Please use alternative routes. Thank you."

A large number of police are at the scene and are diverting traffic away from the town's main street.

This has been causing widespread traffic congestion.

Pedestrians are being allowed to walk along the street but are being asked by police officers not to walk on the roadway.

A unit from the force's forensic collision investigation unit is parked outside the Town Hall.