Audi plays numbers game with its new A1 Sportback 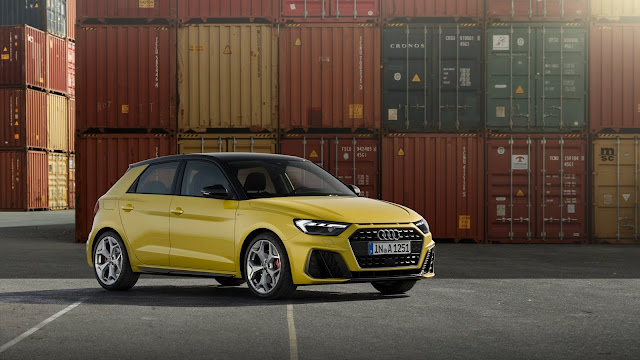 * The new Audi A1 Sportback, outside and in. 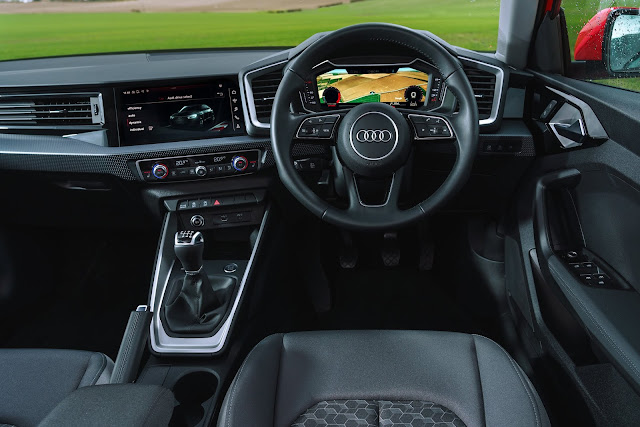 They are playing a new numbers game at Audi and it got a friend very excited.

He was admiring my A1 Sportback and noticed 35 in front of TFSI on the tailgate. He could hardly contain himself thinking the little A1 had a 3.5 litre under the bonnet. A reasonable assumption.

I could have led him on offering a very fast spin but decided to burst his bubble revealing the Sportback was powered by a modest 1.5 litre petrol.

So what is the numbering all about? Not sure anyone will be interested but I will explain anyway. In the near future we will be switching from horse power to kilowatts to denote power output. It is because electric cars, of which there will be many, have outputs expressed in kilowatts so Audi are preparing the ground.

If my friend was intrigued by the numbering he nearly fell over when I revealed the price. All but £29,000.

Yes this is a load of money for a supermini - you could buy four Dacia Sanderos and still have a grand to spare - but the Dacia is bargain basement while the A1 is premier league so you get almost the same quality and specification of a £70,000 A8 but in a much smaller car.

Sort of takes the pain out of downsizing. Interestingly hardly anyone goes for a basic model, customers packing the car to the roofline with the many extras on offer.

Probably best to distinguish Sportback from A1 which is a two or four door hatchback while this one is more of an estate car and is roomier than you might think. It is also prettier than the lacklustre A1 taking its styling from the trendier Q2 SUV.

And on the subject of SUVs Audi is about to add the citycarver to the Sportback range. More of a baby SUV it is blinged up with fatter wheel arches, new sills in a contrasting colour, stainless steel finish and raised ride height.

Regardless of the cost A1 Sportback is an appealing motor, great to drive, a comfortable four seater, five at a pinch, with a decent sized boot. It took a set of golf clubs which is always a good test.

All A1 models drive well but the S Line tested here is more for the enthusiast, the firmer suspension encouraging the driver to push because it drives as if it is on rails.

Inside is what you expect from Audi - classy. The trim is largely top grade with plenty of leather, and while the dashboard isn't eye catching it is functional with a 10 inch touchscreen controlling most functions. Significantly the heating controls are separate, operated by switches which is far less distracting for the driver. If only all cars were the same.

The driver's binnacle is changeable, just as it is in larger Audi models, so you can select full width Google mapping when using the navigation.

Earlier I described the 1.5 litre engine as modest which it is compared to the fictional 3.5 litre but in reality this is a tremendous performer for its size. It fairly buzzes along with good throttle response at low revs and never shouts and screams near the limit. Gear ratios are well chosen as well.

Performance aside the engine's greatest asset is economy - it shuts down two of its four cylinders to save petrol. Over 500 odd miles it never fell below 45mpg and on a four up 100 mile Sunday stroll the Sportback returned 60.4mpg. That is just brilliant.

The Sportback's heady price is always going to raise eyebrows but customers are happy to pay whatever it takes to spec up the car. If your budget is tight then look elsewhere but if you want a small car without compromise then look no further.