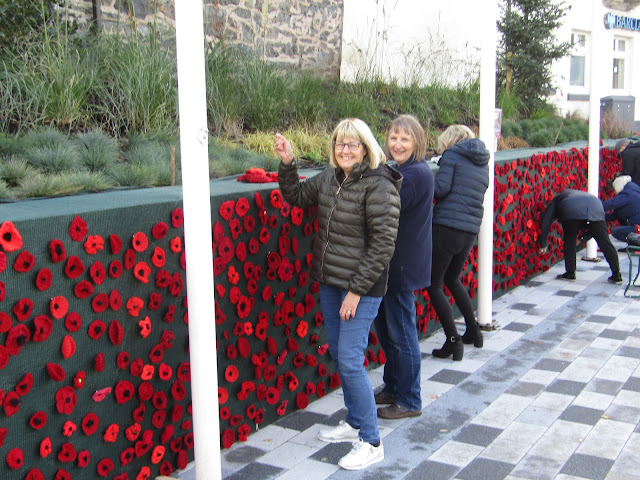 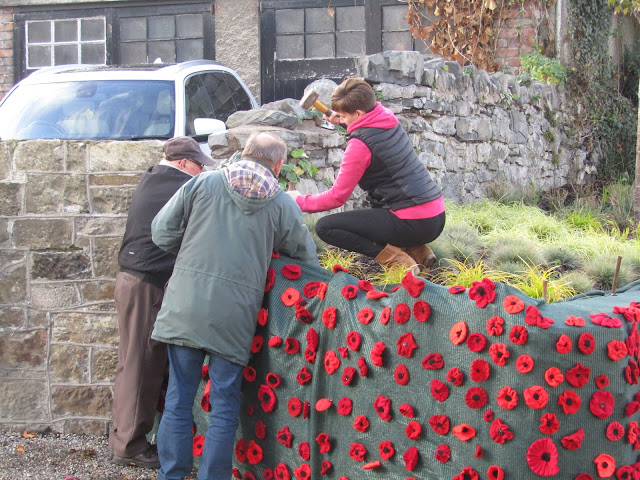 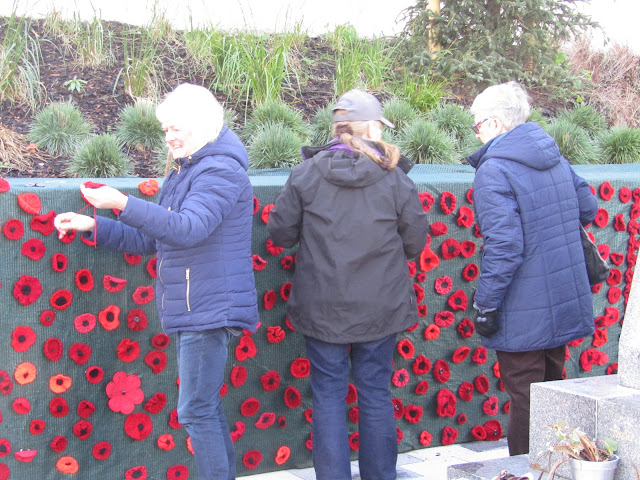 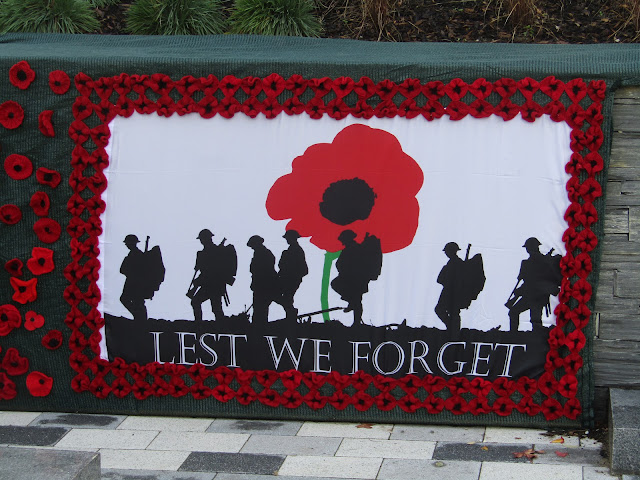 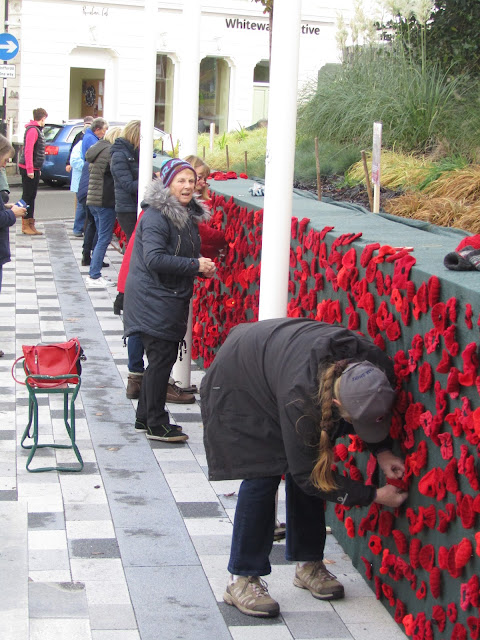 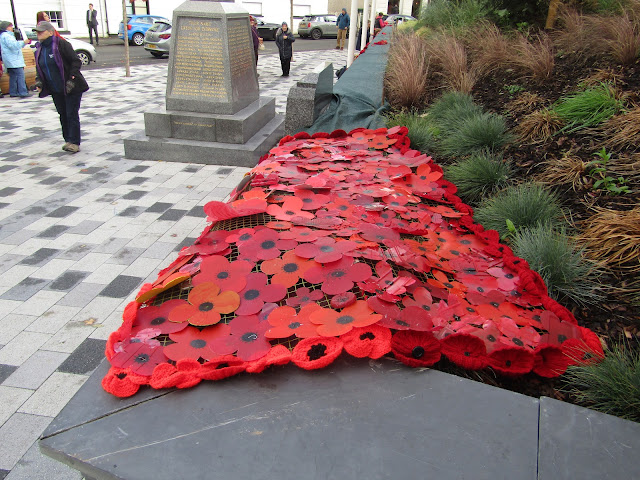 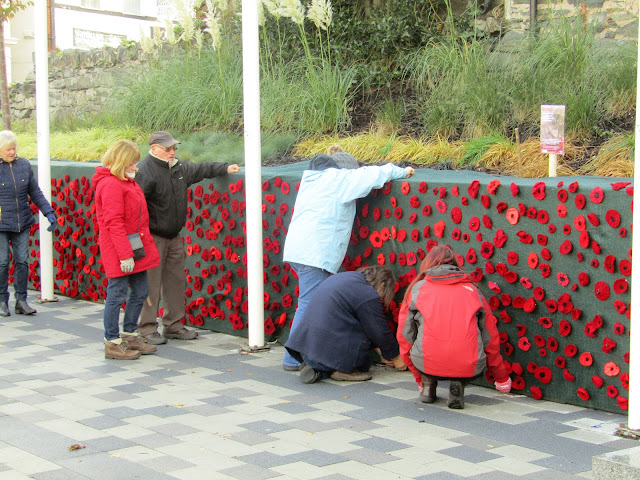 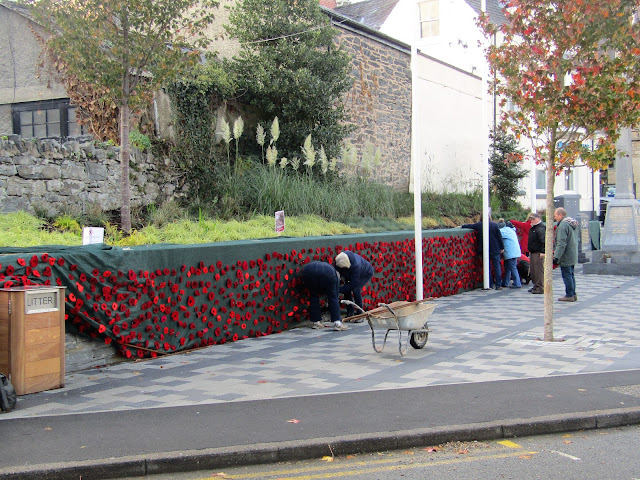 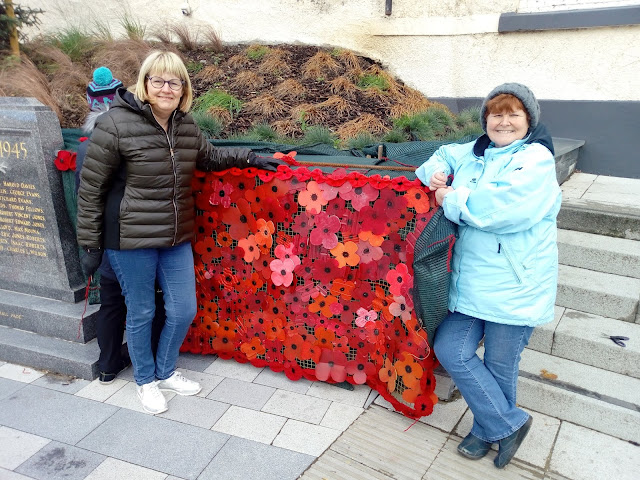 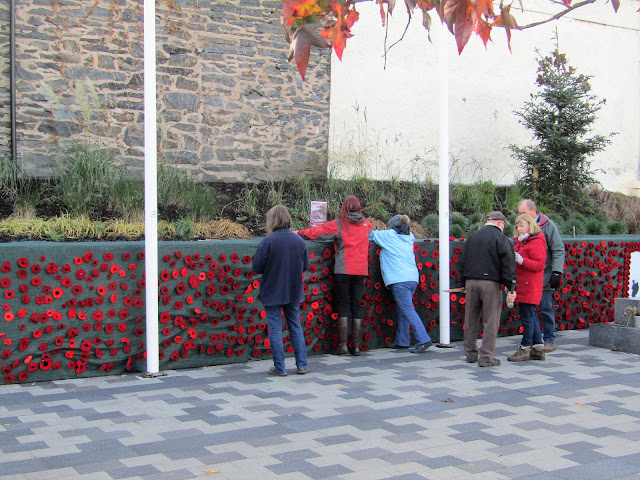 A group of volunteers are this morning (Saturday) putting in place over 3,000 poppies in Llangollen's Centenary Square to commemorate the centenary of the end of World War One.

The sea of blood-red flowers, made by groups and individuals over the past year or more, will be the backdrop to tomorrow morning's Royal British Legion ceremony marking the local launch of the annual Poppy Appeal.

Riders from the biker section of the Legion, accompanied by their own bugler, will lead a short service of Remembrance.

The ceremony will be attended by a delegation from the Town Council led by the Deputy Mayor, Cllr Issy Murray Richards.

* Watch for coverage on llanblogger tomorrow.