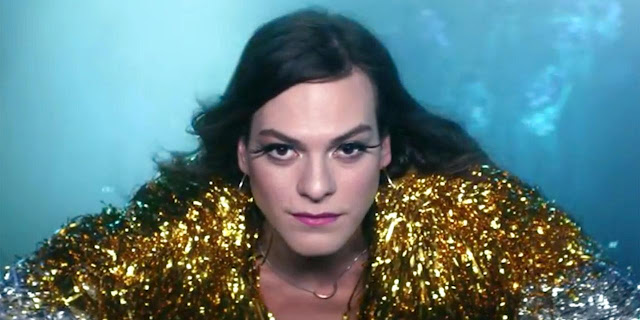 * A Fantastic Woman is the next screening by Llangollen's New Dot Cinema.

Coming hot on the heels of their last screening, New Dot's next film offering is being shown on Friday October 19 at Llangollen Town Hall.

A Fantastic Woman won an Oscar this year for Best Foreign Language Film.

This is a powerful tale of love and grief, from Chilean director Sebastián Lelio.

After her older lover unexpectedly dies, Marina (Daniela Vega), a young trans woman, must face questioning from her partner’s family and harassment from the police in order to prove that she had nothing to do with his death — all while trying to come to terms with her loss.


An outstanding, timely work that recalls the very best films of Pedro Almodóvar, it features luminous visuals and elegant flights of surrealism.

It's been described as a "courageous, audacious and defiant declaration of Marina’s status as


A Fantastic Woman is rated 15. Doors and bar open at 7:30pm with the film starting at 8pm.

Tickets are £8/£6 on the door and £6/£5 plus booking fee online. Tickets also available at


New Dot Cinema Llangollen is a not-for-profit community cinema run entirely by volunteers, bringing you the best of independent and world cinema, with some documentary and vintage  classics into the bargain.
Posted by llanblogger at 6:39 AM