Elan Catrin Parry is singing the praises of Llangollen International Musical Eisteddfod for helping her to land a major record deal with the same label as Katherine Jenkins.

And the young Wrexham songstress is urging other performers to enter this year’s competition.


The talented 16 year-old competed in the finals at the Llangollen Eisteddfod two years ago, and along with top marks from festival judges, scored herself an audition with British record label Decca. 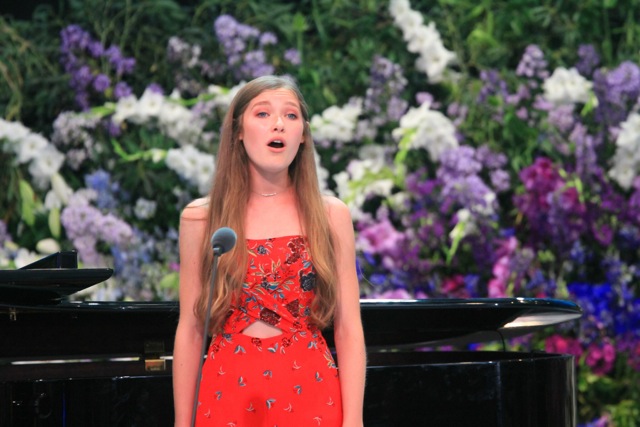 Completely unaware that she was being watched by the label's talent scouts, she raised the roof of the Pavilion and went on to sign a dream deal with Decca.

Elan’s debut album was released in August and she will be performing at the Royal Albert Hall this month (October 13th), as a special guest of the London Welsh Festival of Male Choirs, which is directed by Llangollen Eisteddfod Musical Director Edward-Rhys Harry - all whilst studying for her GCSEs.


She said: “Without the Llangollen International Musical Eisteddfod it is very unlikely that I would be in the fantastic position that I am in now, and for that I feel incredibly grateful.

"I can’t thank the eisteddfod enough for the continued support throughout my exciting journey and want to encourage as many performers as possible to enter the amazing competitions at Llangollen.


“I’ve visited the festival with my family for many years previous to competing, and you can never forget the vibrant and welcoming atmosphere.


“The combination of different cultures, music, dance and costumes and the warm and friendly nature of the festival provides a truly magical experience. In fact, it’s a cultural lesson to the world about international peace and harmony.”


Eisteddfod chairman Dr Rhys Davies said: “We are very proud of Elan and what she has achieved. We welcome the world to our little piece of heaven here in Wales every summer and pride ourselves on showcasing young and upcoming talent from across the globe.


“After visiting the festival for many years and achieving a finalist position in various competitions here, we are delighted that her talent has been recognised by a worldwide record label and wish her the best of luck in the future, we know she will go on to do very well.”


Eisteddfod music director Edward-Rhys Harry said: "We congratulate Elan on her continued success since singing on the famous Pavilion stage and we know that the international performers and audience who will be attending the sold out performance at the Royal Albert Hall are very much looking forward to welcoming her there.”


* For more information on the competitions or to apply through the Eisteddfod participants’ website visit: http://eisteddfodcompetitions.co.uk/
Posted by llanblogger at 6:41 AM