This Halloween Denbighshire County Council is asking the public to consider those who may be frightened or intimidated.


Parents are being asked to make October 31 as pleasant as possible for the households called on by trick or treaters by being polite and courteous as well as being aware of the potential fire risk presented by children’s fancy dress costumes. 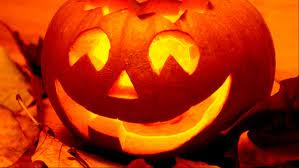 Cllr Tony Thomas, cabinet lead member for Housing, Regulation and the Environment, said: “Nuisance behaviour at Halloween has often been a bigger problem than Bonfire Night.


“We would ask trick or treaters and parents to be aware of the shock some elderly and vulnerable people get when they find someone dressed in a terrifying outfit on their doorstep or from people persistently knocking on their doors.


“Elderly people can be left frightened and intimidated by youngsters calling at their home, particularly when the callers are in costume.”


Parents are advised to only purchase costumes from trusted sources and that are CE marked and to follow the instructions and safety information carefully.


Cllr Thomas added: “We would encourage parents to be vigilant and aware of the potential risks associated with fancy dress costumes and fire or naked flames, especially those items imported from non-EU countries where testing regimes may not be as stringent or the goods counterfeit.


“The simple advice is to keep your children away from candles and naked flames or use an LED equivalent.


“This year we are urging everyone in the community to help us make Halloween trouble free, to stay as safe as possible and for everyone to enjoy themselves.”
Posted by llanblogger at 6:47 AM