Llangollen's new Centenary Square was packed this morning (Sunday) with people who turned up to see around 40 members of the Biker Section of the Royal British Legion host a moving ceremony to launch the local Poppy Appeal.

Over 3,000 poppies hand-made by a small army of volunteers and positioned on the wall running along the back of the square formed the perfect backdrop to the ceremony which included the traditional bugle calls and minute's silence of Remembrance leading up to 11 o'clock.

Representatives of the Legion and the armed services were on parade with their standards.

A delegation from the Town Council was led by the Deputy Mayor, Cllr Issy Murray Richards. 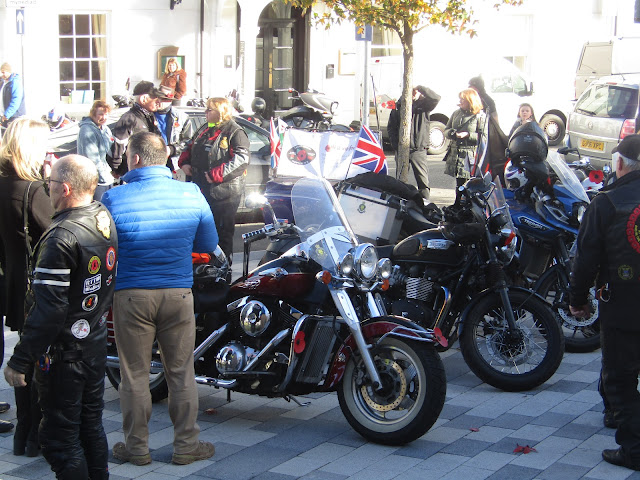 * Bikers assemble in the square before the ceremony. 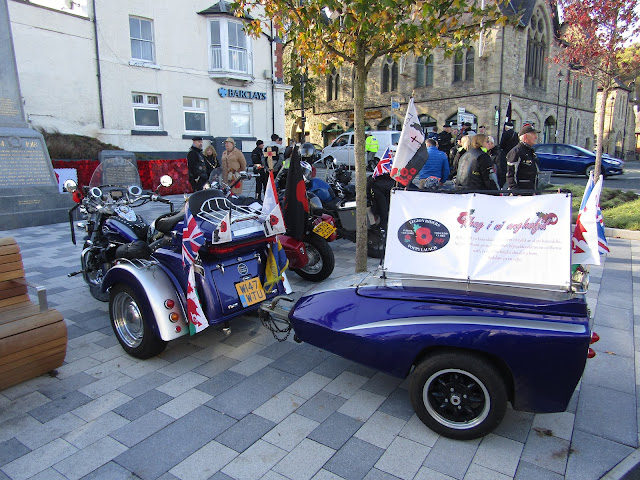 * Some interesting machines were on parade. 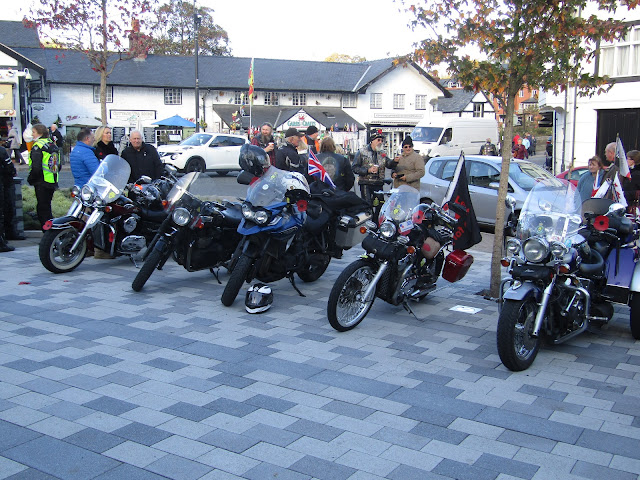 * Around 40 members of the biker section of the RBL attended. 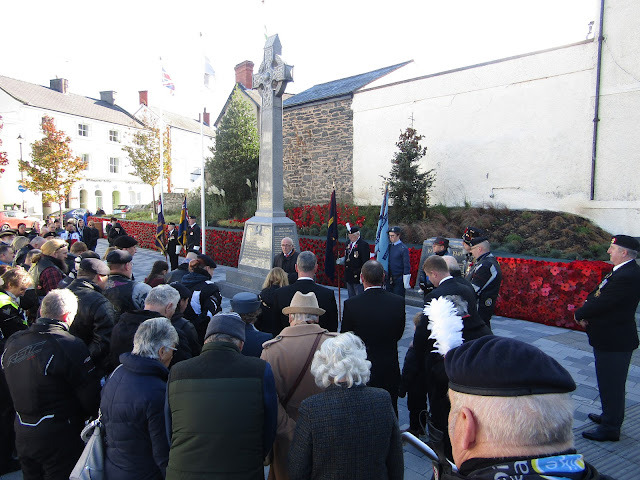 * The Act of Remembrance takes place around the war memorial against the backdrop of the poppy wall. 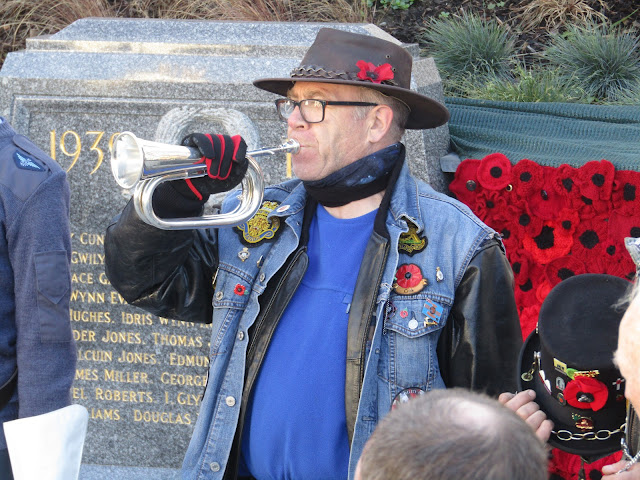 * The section's own bugler sounds the call.
Posted by llanblogger at 11:47 AM