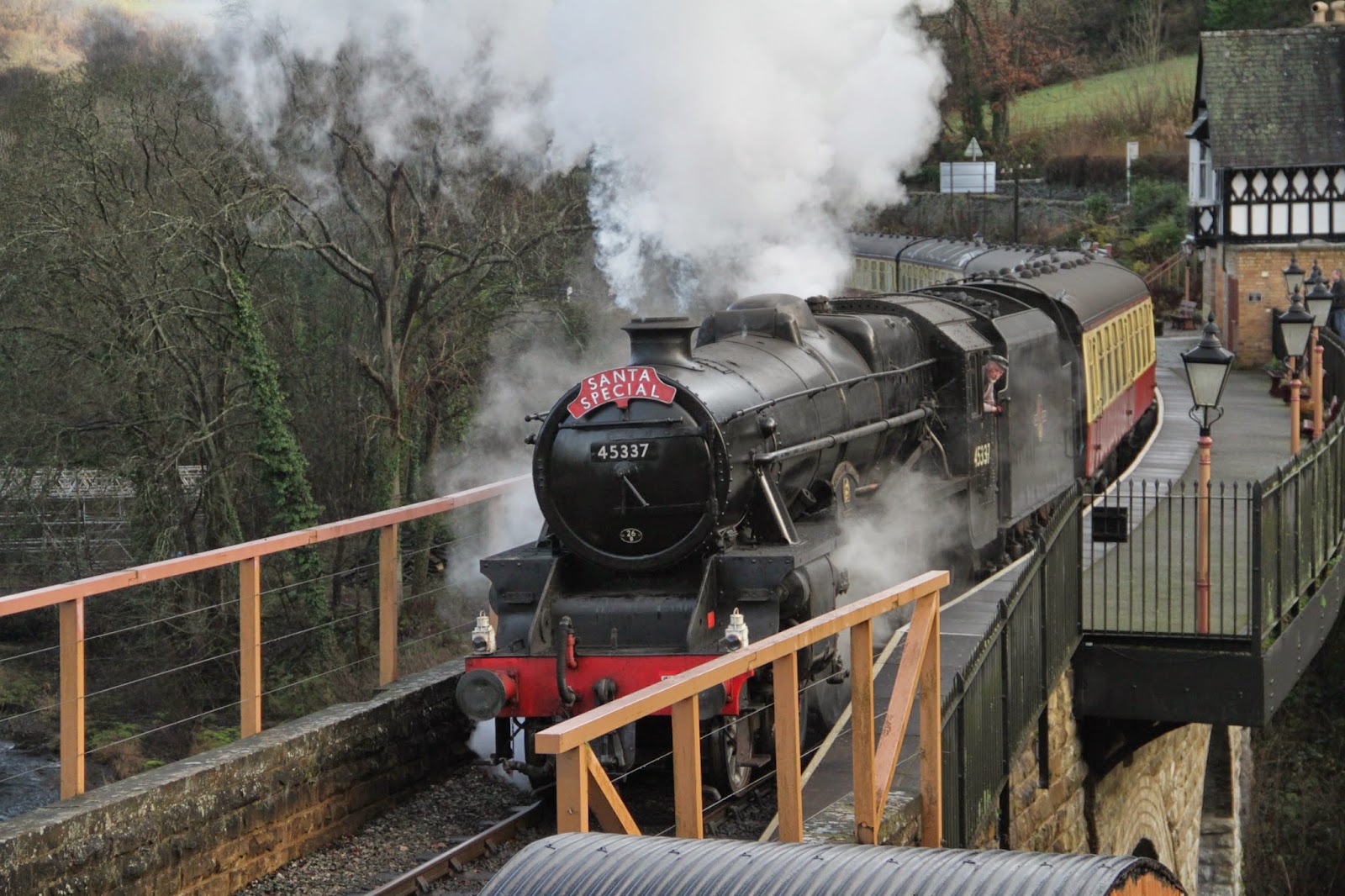 * The Black Five No. 45337 bringing the 11am departure from Llangollen past Berwyn.
The first trains of the Santa Season got underway on Llangollen Railway last Saturday.
Due to damp railhead conditions the train had difficulty getting away from Llangollen on the climb up through the tunnel, but the second train with the large tank engine was better able to cope.

The heritage railway expects to operate 36 Santa trains on weekends through to December 21 then daily up to Christmas Eve and reports a sell out of all available seats.
Trains run through to "Lapland" at Carrog where Santa can be seen on his sleigh.
For those who may be disappointed, a festive run on the train is provided from Boxing Day until January 1 during the season of Mince Pie special trains will operate on the new track extension through to Corwen East.
Posted by llanblogger at 7:17 AM