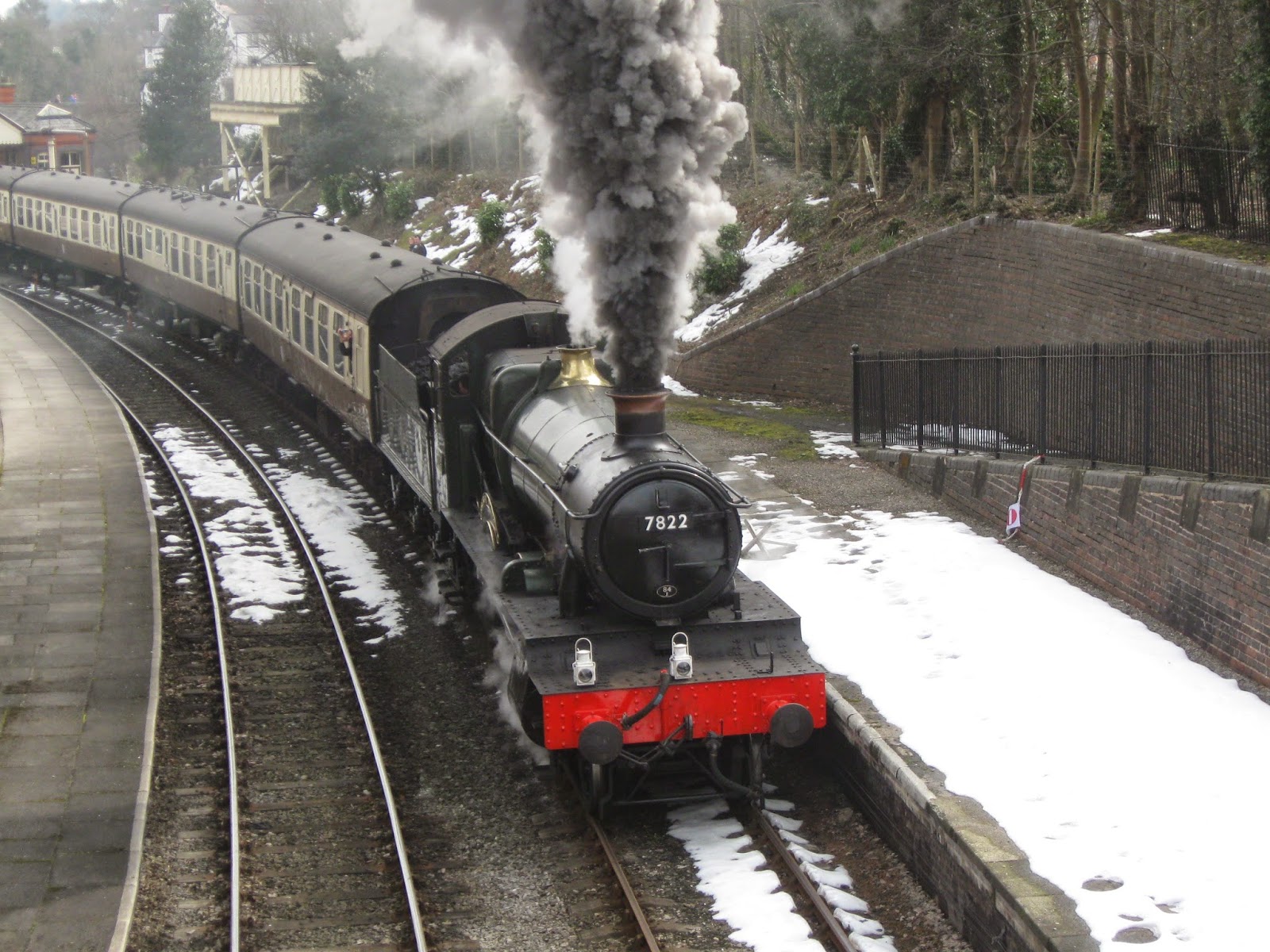 * The engine in action at Llangollen on a previous wintry occasion.

It is in the Locomotive Works having what is akin to major heart surgery to repair its boiler.


Although the engine received a ten year major overhaul in 2011, costing in excess of £100k, the owners, Foxcote Manor Society, have been hit with a need to spend a similar, unplanned, amount two years later in 2013/14.


This followed the discovery of a crack in the throat plate ahead of the firebox which required the damaged area to be cut out.
The work, as well as being complex and expensive, has meant a new challenge for the Llangollen Railway's workshop’s engineers in fabricating a new plate as a one off item.


It has been successfully completed and is currently waiting to be fitted.

In addition, the boiler must now have all 127 small tubes renewed, and the twelve large tubes, before steam testing will follow to allow the locomotive to operate again in early 2015. The new tubes are costing over £14,000 and the Foxcote Manor Society is appealing for donations to help with this unexpected repair to a popular engine.


Neil Evans, chairman of the Foxcote Manor Society, said, “This is a classic example of the challenge steam locomotive owners face in keeping their historic machines in operational order.
"The cost of this repair is a big expense for the members of Foxcote Manor Society. Small tubes cost £50 apiece and those wishing to see this popular engine back in action at Llangollen may help by making a donation.”