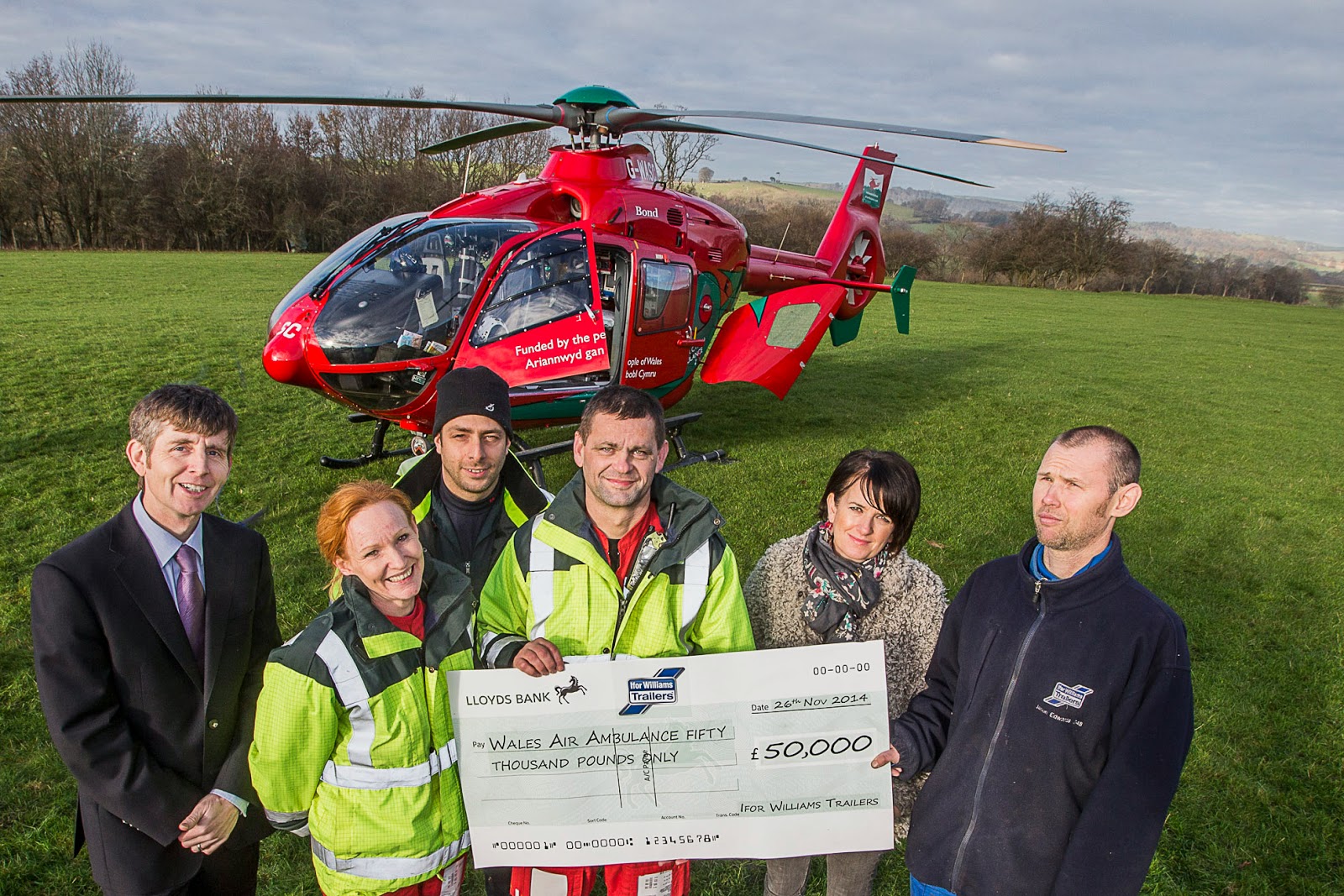 
The heartbroken parents of a teenage girl who died tragically have met the helicopter paramedic who tried desperately to save her after she collapsed. 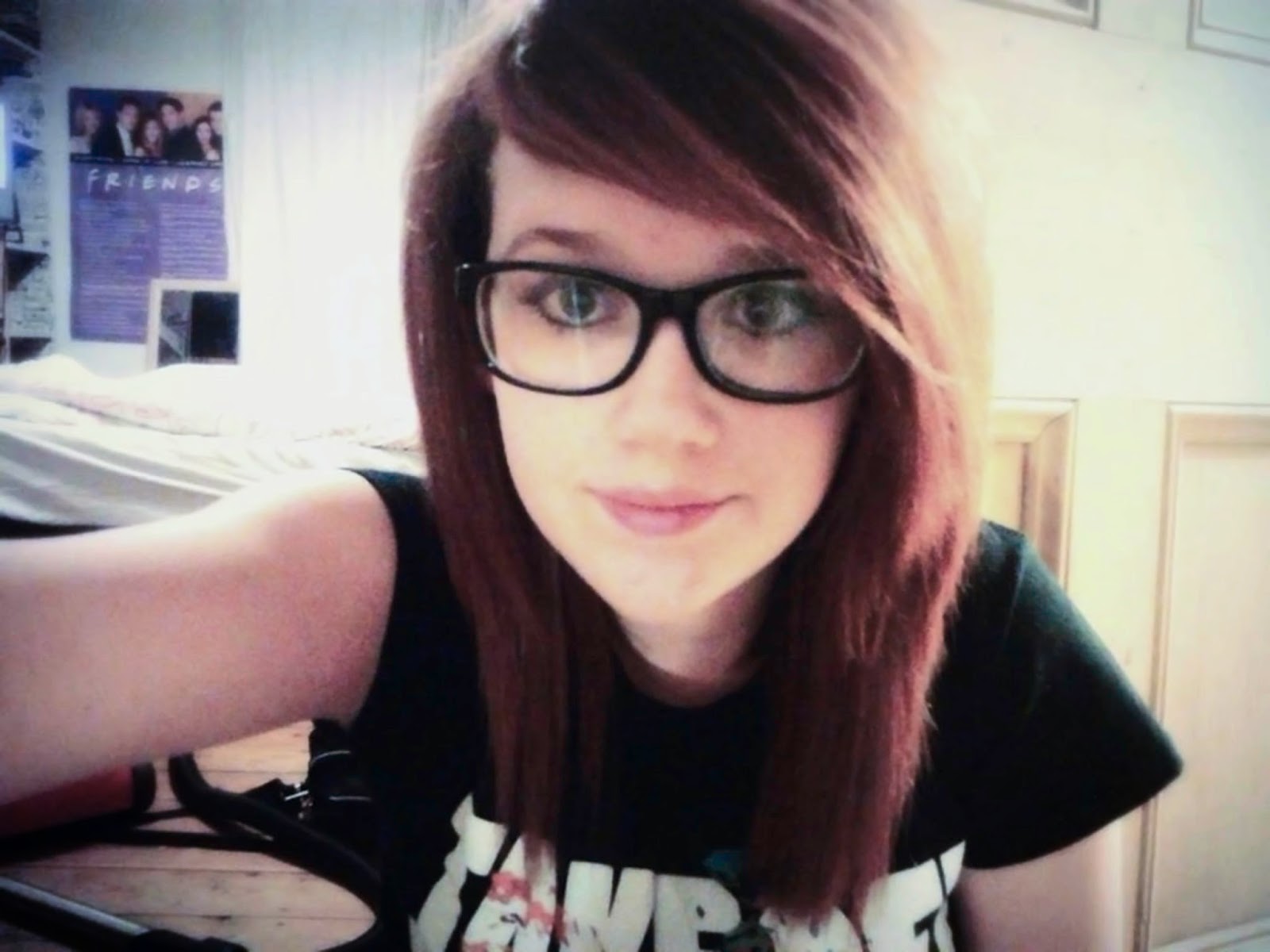 Neil Lewis was aboard the Wales Air Ambulance helicopter when it flew into the village of Cynwyd, near Corwen, as a thank you for the £50,000 that was raised by a sponsored walk in memory of 14-year-old Tesni Edwards (pictured right).
The distinctive red helicopter that's based in Welshpool landed in a field across the road from the headquarters of Ifor Williams Trailers where Tesni's dad, Jason, works.
There too were mum Dwysan and Jason's colleagues from the trailer firm who organised the Taith Tesni walk from Cynwyd to Llangollen.

Ifor Williams Trailers added to the amount raised to more than double the pot of money donated to the charity which has three helicopters based in Caernarfon, Welshpool and Swansea.
It's highly unusual for the Wales Air Ambulance to make visits like this but they made an exception because of the "phenomenal amount" raised by the walk.
The emotional meeting was the first opportunity that Jason and Dwysan have had to say a personal thank you to the Wales Air Ambulance crew who did their very best for their beloved daughter.
Sadly, they were unable to save the popular pupil of Ysgol Dinas Bran, in Llangollen, who died of an undetected enlarged heart a couple of weeks before her 15th birthday in April last year.
Neil, who was on duty the day Tesni collapsed along with fellow paramedic Mark Timmins, said meeting Jason and Dwysan was a humbling experience.
Dwysan, who is the Practice Manager at the Pen-y-Bont doctors' surgery in St Asaph, said: "We were amazed and overwhelmed by the effort that went into organising and the huge amount of money that’s been raised.  It’s beyond words really.
"It’s nice that something so amazing has been done in Tesni’s name and it’s helped us massively that something good has come out of it.
"It was great meeting the crew today. We were quite nervous about it before coming because obviously it was quite emotional seeing them again but it was really nice to meet them under different circumstances.
"We managed to talk to them about Tesni and tell them about her before that day. We showed them her photo and we were able to talk about her and how she did at school and what her plans were and they said that they really like meeting the families.
"They do an amazing job. They’re very brave and that’s why we wanted to raise money for them, to continue that amazing service that they provide."
Jason, who works in the stores department at Ifor Williams Trailers, said: "In the beginning I was hoping we would raise about £15,000 so when we found out it was £50,000 I just couldn’t believe it. It was absolutely unbelievable."
According to paramedic Neil Lewis, they very rarely had the opportunity to meet the relatives of the patients they treated.
He said: "It’s a very humbling experience first and foremost. To get the chance to meet Jason and Dwysan and to talk to them is a kind of healing process for us and the family.
"It certainly means a lot to me and I hope I can help with their grieving process as well.
"We can reach anywhere in Wales within 20 minutes and it costs more than £6 million to keep our three helicopters flying.
"The amount of money raised by local communities is staggering and it means we can serve the population and hopefully get them to the right hospital within the right time, which is a major thing in serious illness or accident."
John Williams, the managing director of Ifor Williams, Trailers, was among those with Jason and Dwysan when the helicopter arrived.
He said: "We were honoured that the Wales Air Ambulance decided to fly to Cynwyd to receive the proceeds of the Taith Tesni sponsored walk.
"It is impossible to imagine what Jason and Dwysan and Tesni's brothers, Morgan and Findlay, have endured having her wrenched from their lives so cruelly.
"We organised the sponsored walk in line with the family's wishes and we are pleased that we have been able to play some part in keeping the helicopters flying."
Wales Air Ambulance corporate manager Anna Evans was extremely grateful to Tesni's parents and Ifor Williams Trailers for organising the walk.
She said: "Fund-raising events like Taith Tesni are how we keep our helicopters flying.
"We don’t get any Government funding or National Lottery funding even and every penny that we raise goes into the helicopter.
"The £50,000 raised in Tesni's memory is a fitting tribute to her. Obviously, Tesni will never be forgotten by her parents and her friends and her extended family but what they’ve done is make sure that she will never be forgotten by the people who rely on the Wales Air Ambulance."
Posted by llanblogger at 7:11 AM