Llangollen Railway has a Winter Warmer event planned for Friday and Saturday, January 2 and 3.
The promise is to have three steam engines operating, with one diesel locomotive and a diesel railcar to give an intensive service between Llangollen and Corwen East.

Railway spokesman George Jones said: "The event is exactly 50 years on from the month in which the through route from Ruabon to Barmouth was closed by Dr Beeching in 1965.
"It took a while, but enthusiasm and volunteer effort brought some of the railway back and to operate in a traditional manner, the like of which was unthinkable 50 years ago." 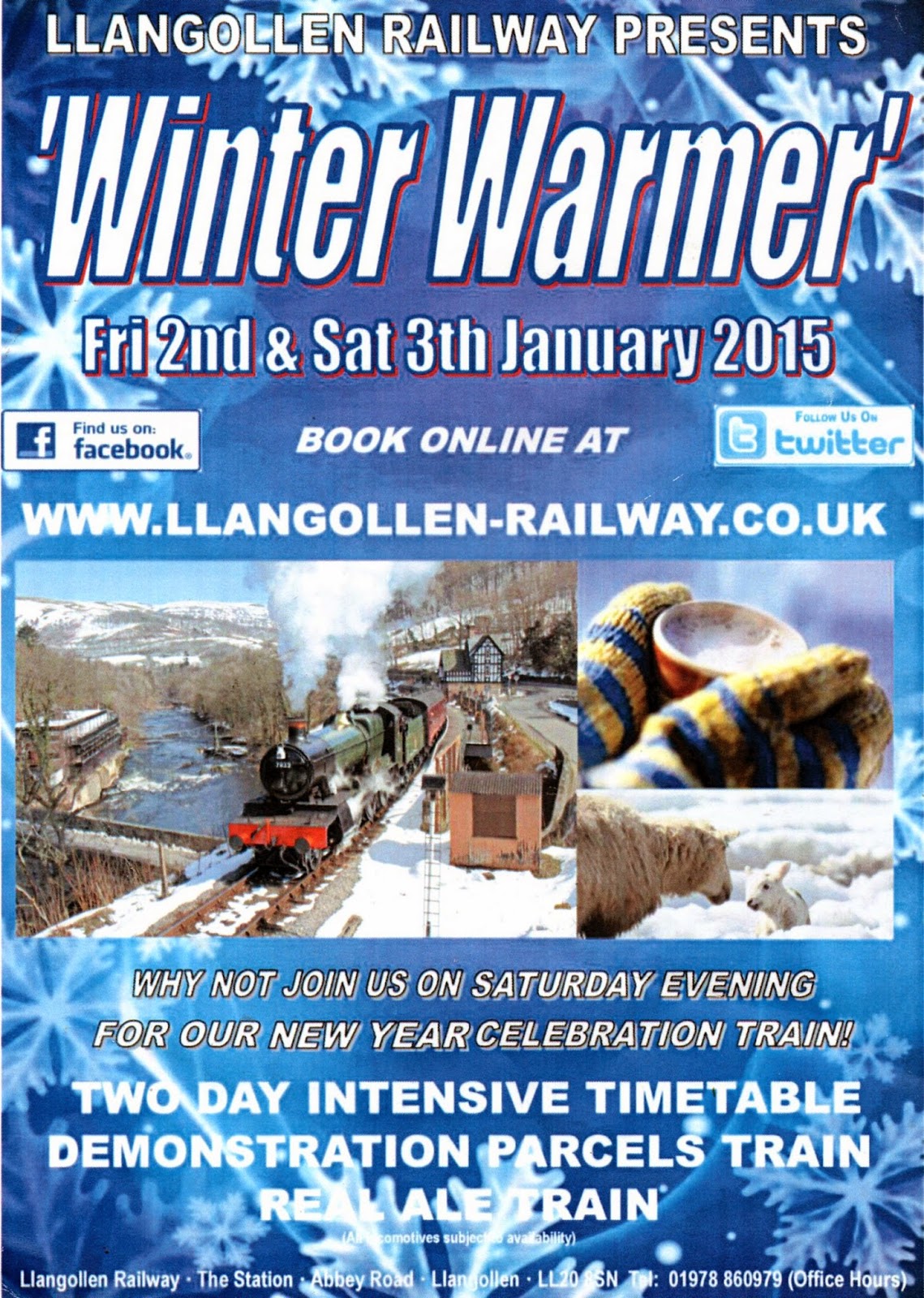 Posted by llanblogger at 7:03 AM