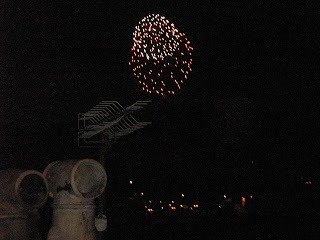 * The fireworks above Llan on Friday night. 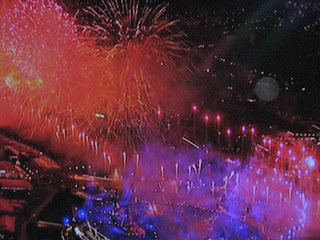 With perfect timing, a brilliant cascade of fireworks lit up the night sky above Llan in the middle of Friday's Olympics opening ceremony.

As the parade of athletes began in the Olympic stadium down in London, a spectacular barrage of colourful pyrotechnics was staged above our town at around 11pm.

It is believed the firework show, which came from the hills behind the Eisteddfod field, was held to mark a local wedding.