Arrests made in connection with Llan burglaries 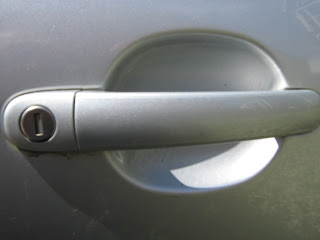 Arrests have been made following a spate of burglaries from unsecure homes  in Llan.


As revealed by llanblogger, North Wales Police last week warned residents to be on their guard against the raiders, who stole items including golf clubs and garden tools.


On two occasions car keys had been taken followed by the car itself.


Inspector Julie Sheard said many of the burglaries could have been prevented if homes had been made secure.


The issue was discussed as a matter of concern by members of Llan Town Council at their monthly meeting on Tuesday evening.


And Sergeant Paul Hughes, a member of the neighbourhood policing team who was there to give an update on local policing matters, revealed arrests had been made in connection with the burglaries.


He said: “There were a number of burglaries last week.


“Thieves were picking up car keys from inside insecure houses, which happened on two occasions.


“This has generally been a problem in more isolated areas.


“We have been looking into this and I can say arrests have been made for these and related incidents.


“The investigation is ongoing and we would like to get the message out there that residents should be on their guard.”


“Do not leave car or house keys on display or near letterboxes.


“Vehicle owners should not leave any items on display and should always lock their behicle when unattended.”
Posted by llanblogger at 6:51 AM