Concerns over speeding and parking 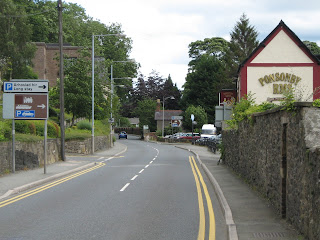 * Concerns were raised over parking
opposite the Sarah Ponsonby.

Part of a main road through Llan is “plagued” with bikers in the summer.


That was the message to the Town Council at its last meeting.
The council was discussing policing issues when one member  said there were problems with speeding bikers on the stretch of Abbey Road (A539) from new flats towards the Horseshoe Pass.


Complaints had been  received complaints from residents that it had become a “rat-run” and that area was “plagued” by bikers every time the sun came out.


Sergeant Paul Hughes, of the neighbourhood policing team who was at the meeting to give his monthly report to councillors, took note of the complaint.


He told members:  “The road policing unit are keen to know where these areas are so they can target them.”


Later in the meeting there were also complaints from councillors about vehicles parking on the A539 opposite the Sarah Ponsonby pub.


It was claimed this was causing traffic congestion, especially when two buses tried to pass on what is a narrow point of the road but one of the main approaches to town.


The mayor, Cllr Jon Haddy,  pointed out that while there were no parking restrictions at that point, leaving vehicles there could constitute to an obstruction.


Members agreed to report the matter to police and the county council’s highways department.

Posted by llanblogger at 9:20 AM