Group presses ahead with referendum threat on hospital closure plan 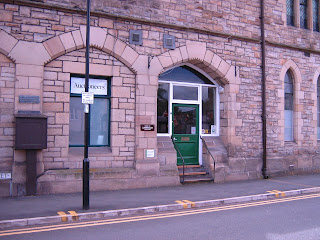 * The Town Council has made its official response
to Llangollen Preservation.


A pressure group fighting plans to close Llan Cottage Hospital says it will go ahead with its threat to force a referendum on this issue.

The announcement comes in the wake of the Town Council’s written response to Llangollen Preservation’s recent call for the council to declare its official position on the closure proposal announced by the Betsi Cadwaladr University Health Board.
The letter, from town clerk Gareth Thomas, also deals with the request by the group for a public meeting to discuss the planned closure.
Placed in the public domain after being posted on Facebook by Llangollen Preservation, it says:

In respect to your enquires I can confirm that the Town Council have not received any formal notice of closure from the Betsi Cadwaladr University Health Board and as such have not formulated any response in advance of the formal consultation period. This also applies to individual Councillors.

Once the formal consultation has been received by the Town Council, Members will consider a response at the next convenient meeting. Members will of course consider the best method for taking account of local views at that stage. The Town Council will be meeting in both August and September and therefore, there will be adequate opportunity to consider the proposals being put forward by the Health Board.

In response to your request for a Public Meeting, under the 1972 Local Government Act, as amended by the Local Government (Wales) Act 1994, you will be aware; there is provision in the legislation which allows any six local government electors form the community to convene a meeting. You will of course have to comply with the necessary statuary requirements imposed by the legislation including notification of all electors.

In its Facebook responses to the letter, Llangollen Preservation says:  “The letter says they'll ‘consider the matter’ at the next Council Meeting. Big deal.
“The consultation by Betsi starts August 20th, and their next meeting is the third Tuesday. That’s a month lost …
“… We will now force a referendum and there's nothing they can do about it.
“Send your questions for a referendum to chai@keepllangollenspecial.org.uk by Friday, and we'll start the ball rolling.” of Form

Posted by llanblogger at 7:19 PM