Stamp out this vandalism and crime now 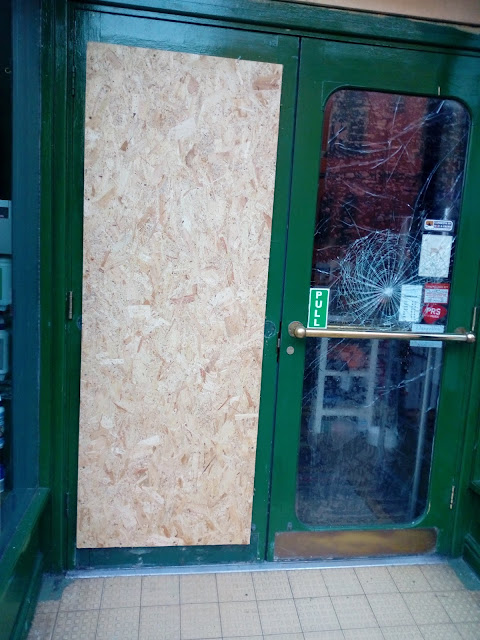 * The broken windows at Proadventure in Castle Street.

Llangollen has seen a spate of vandalism and crime over the past week of the sort it does not normally witness.


First, on Thursday, what appeared to be a huge slab of concrete was used to smash the two glass front doors of Proadventure in Castle Street. 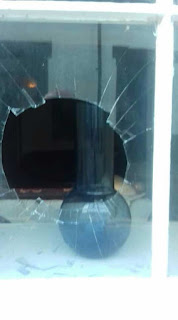 The next morning people out early in Castle Street saw that, just a few yards away, a large and heavy planter had to been moved from its position outside the front doors of the Town Hall and then smashed into pieces with its contents being strewn across the pavement.
This morning, Sunday, a resident of Church Street (pictured above) posted on Facebook that they had woken up to find that a window at their home had been broken overnight.


Also this morning we learn from Facebook that the Chainbridge Hotel had been broken into during the early hours.
Its post said: “WARNING TO ALL IN THE LLANGOLLEN AREA - we have been broken into overnight. Three males, in hoods, at 1.00am. If you have any information please pass it on. Please also be vigilant. They left the hotel in a dark hatchback, heading towards Llangollen. The hotel will be open to the public as normal today. Thank you”.

The incidents on Thursday and Friday is Castle Street – our main thoroughfare and a showcase for the town to visitors – immediately set alarm bells ringing and a number of town councillors rightly called for swift action to nip such undesirable actions in the bud.

There are now likely to be calls for extra police vigilance which llanblogger believes must be heeded.


It is a well-known fact that police resources are under extreme pressure and that, in the general scheme of things, Lllangollen is identified as a low-crime area.
However, that does not take away from the fact that we have a right to receive adequate policing and that these incidents should be thoroughly examined and action taken to see avoid a pattern of lawlessness being established as it has in other areas not too far from here.
Posted by llanblogger at 11:36 AM