A week-long series of events are being held across Denbighshire to celebrate older people, in the run-up to International Day of Older Persons (October 1).

Nearly 30 years ago the United National General Assembly voted to establish October 1 as the International Day of Older Persons.  In 2016 the United Nations took a stand against ageism by drawing attention to and challenging negative stereotypes and misconceptions about older people and ageing. 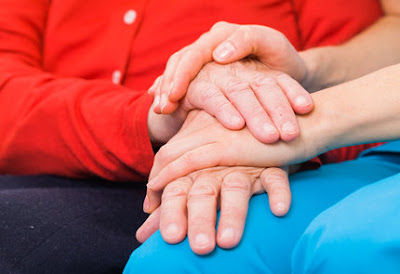 Building on last year’s successful programme the council is Celebrating Age throughout county again this year with a series of events arranged through Denbighshire’s  Ageing – Well Multi-agency Group.

Events will include social events, arts and textiles, a ‘culture club’ for arts and dance, information and advice and so much more.

A social media campaign will also get underway to promote the projects underway and help raise the profile of issues relating to older people.

“Throughout their lives older people have gained a wealth of knowledge, and as living longer becomes the norm, we need to recognise, value and harness their contribution.  We must encourage people to take responsibility for keeping well and fit and to stay independent for as long as possible”

Councillor Ellie Chard, Denbighshire’s Older People’s Champion said “It is great that we are holding this event in Denbighshire highlighting all the good work that is going on as well as engaging with older people themselves “

Sue Wright, Chair of the Ageing Well In Denbighshire Multi-Agency group said “Celebrating Age Week is a clear demonstration of effective partnership working between the statutory and the third sectors.

“It should be recognised that many of these events could not go ahead without the enthusiasm and commitment of older people themselves.

“The third sector survives not just because of the generosity of funders but also because older people value the benefits of active volunteering."

Denbighshire has the second largest population of older people in Wales. Nearly a half of the population of Denbighshire are aged over 50 and a quarter are over 65.  More and more people are living past 100 than ever before.
Posted by llanblogger at 6:54 AM