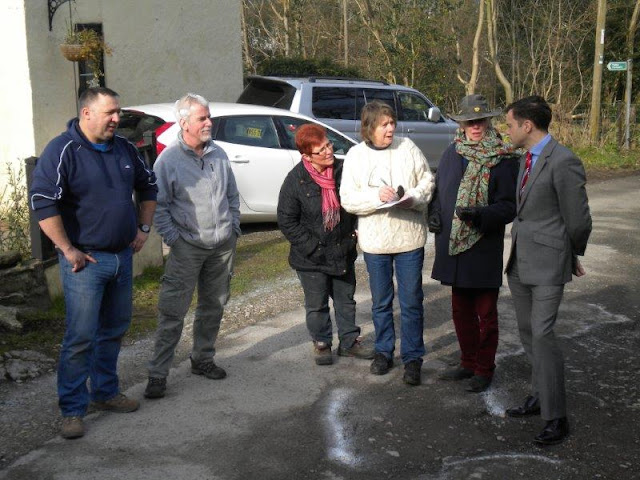 The Clwyd South AM has been contacted by constituents living off Allt-y-Badi who are fed up with waiting for action to repair what they say is worsening damage to their deteriorating road, primarily caused by off-road vehicles and bikes.

Labour AM Mr Skates, who is based in Llangollen, said: “These people have been ignored for too long – it’s time something was done.

“One resident told me they’d been neglected for years. They pay their taxes like everyone else, so they should be able to expect the same level of service.

“One of my constituents recently counted 12 deep potholes and 29 in total on the 150-yard stretch to the properties. They are causing damage to vehicles, and it’s even unsafe to walk along the road when it’s dark.

“I have written to the council to ask when the residents can expect to see some action.”

Mr Skates is also supporting residents’ calls for speed restriction signs near their homes to deter irresponsible drivers who he says "hammer down the road" on a regular basis.
Posted by llanblogger at 6:46 AM