Candidate meets mayor and other groups

Welsh Conservative candidate for Clwyd South, Simon Baynes (left), says he had a very good meeting recently at the Hand Hotel with the Mayor, Cllr Mike Adams, Fiona Maher of http://northwalesfaeryfestival.com/ and David Davies, Chairman of the Llangollen Chamber of Trade and Tourism http://www.new.llangollen.org.uk

Mr Baynes added: "This discussion produced many good ideas and points to raise at the postponed meeting with Welsh Minister Lord Bourne which will be held in Llangollen soon." 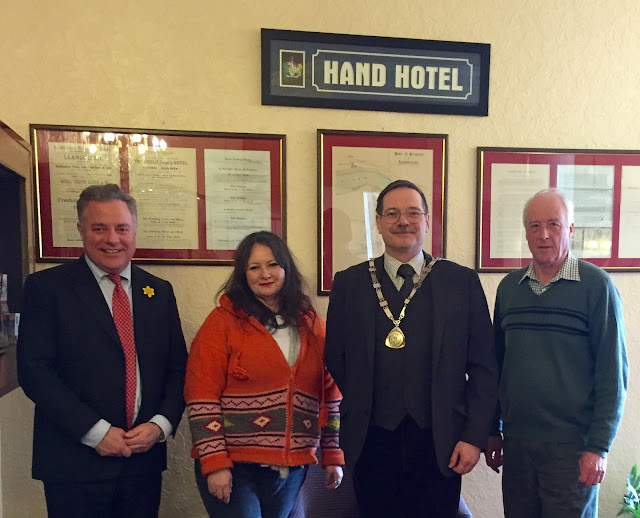 Posted by llanblogger at 8:29 AM