Love on the Dole, a play by Ronald Gow and Walter Greenwood, will be performed by The Twenty Club on three nights this week at Llangollen Town Hall - Thursday, Friday and Saturday.

The story of the Hardcastle family takes place in Hanky Park, a part of Salford, where playwright Greenwood grew up.

It was written as a response to the crisis of unemployment, which led to the General Strike of 1926.

The story follows the family as they are pulled apart by mass unemployment and the problems which follow.

The play has been performed by the club once before over 25 years ago and they say they are pleased to welcome back original cast members and new faces alike for this latest production.

* Tickets are on sale from facebook.com/twentyclub or via Skiddle.com 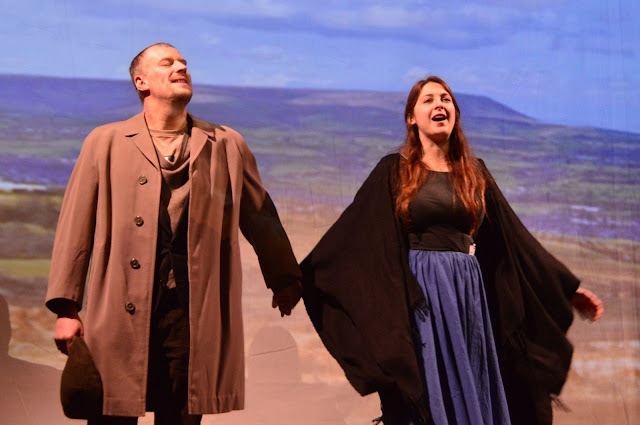 * A scene from Love on the Dole by the Twenty Club. Photo: Dave Roberts.
Posted by llanblogger at 6:46 AM